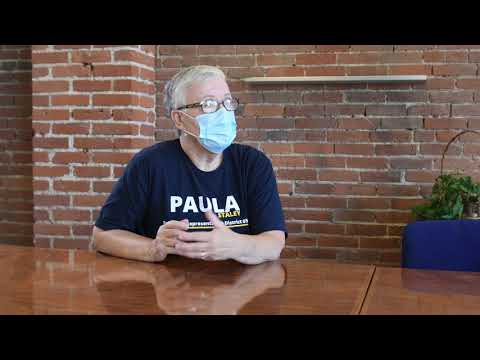 The feelings of anger, rage and helplessness kept welling up with every story of sexual assault that spilled from the news.

Alisha Lewis watched during the past year as one young woman after another stepped forward to describe the abuse they suffered at the hands of Larry Nassar, a former team doctor for USA Gymnastics accused of molesting more than 250 girls.

She felt the pain of their experiences. When she was 15, she was sexually abused by her pastor, a man she trusted and who took advantage of that.

Lewis silently cheered at the harsh sentence that Nassar received — for his crimes, he’ll spend the rest of his life in prison. But she also wondered, if not for the massive media coverage, the sheer number of victims, the fact that a number of his victims were famous gymnasts the public already knew, would that have happened?

“That’s one of those things where you wonder why no one did anything. How many victims could have been spared if one person would have done the right thing?” she said.

Lewis, now 24, is married with two young children. The process of healing from her abuse and restoring her sense of self-worth took years.

Taking her own experience, and the increased spotlight that the Nassar case and the #MeToo movement have placed on sexual abuse, Lewis is using her story to hopefully impart change. She is working with local legislators to close loopholes in the sentencing structure for sexual crimes, and helping educate others about sexual abuse.

Her goal is now to raise awareness of the pervasiveness of sexual violence, and ensure people convicted of these crimes serve sentences more equal to the pain they’ve caused.

“This isn’t about getting back at my abuser. This is just an overwhelming problem,” she said. “You hear about it in the news every day, and people say, ‘That’s horrible.’ But what’s being done to stop it?”

Lewis’ family attended New Whiteland Baptist Church, where she met the pastor of the church at the time. Her parents had asked him to meet with her, as she was acting out and getting in trouble at home, according to the probably cause affidavit.

But their relationship turned sexual.