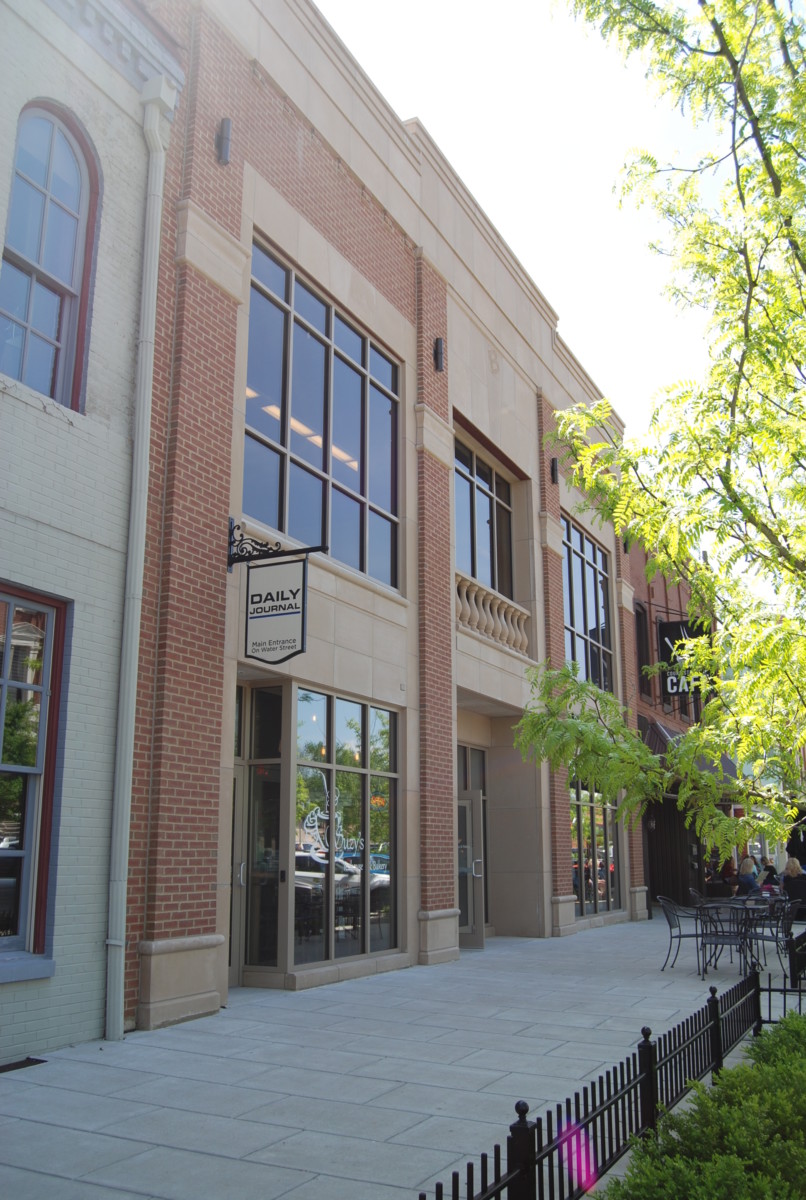 The Daily Journal was the runner-up in a competition to be named the best daily newspaper in the state.

The award was given on Saturday at an annual competition among all Indiana newspapers to honor journalistic excellence.

The newsroom was one of three finalists for the Blue Ribbon award, which is the highest accolade given by the Hoosier State Press Association and is awarded to the daily newspaper that best serves its readers, regardless of circulation size. Judges who work as journalists in another state judge three issues of the newspaper to determine which newspaper best serves its readers based on the breadth and depth of coverage, quality of reporting and copy editing, news judgment and content balance, general appearance, originality, reader interest and overall professionalism.

The newspaper was also named the General Excellence winner in its division due to outstanding work across all categories, including news, feature and sports writing and reporting, editing, photography and commentary.

The newspaper also earned the top award in its division for community service for its ongoing coverage of how voters were disenfranchised in the November 2018 election. The award was among 23 honors given to the Daily Journal journalists at the Hoosier State Press Association Foundation Better Newspaper Contest on Saturday at The Nest event center in Greenwood.

In each category, the judges awarded a first, second and third-place award. Here are the other awards earned by the Daily Journal newsroom:

<strong>First place in Best News Coverage Under Deadline Pressure</strong> went to Daily Journal Editor Michele Holtkamp for her story about Franklin police and the Johnson County Sheriff’s Office targeting 120 drug dealers in a one-day roundup meant to clean up neighborhoods, get drugs off the streets and give some people a chance at breaking their addictions.

The story was also a finalist for the overall Story of the Year award.

<strong>Second place in the Best News Coverage Under Deadline Pressure</strong> also went to Holtkamp for her story about the criminal charges against former Prosecutor Brad Cooper, the future of his law license and his history with the state disciplinary commission.

<strong>First place in Best General Commentary</strong> also went to Holtkamp for a series of columns that appeared on the Daily Journal’s Opinion pages. The columns were: "Election reporting done right focuses on issues," "No, residents of Johnson County, thank you," and "Helping community through most difficult, important issues takes time, multiple voices, commitment."

<strong>First place in Best Business/Economic News Coverage</strong> went to reporter James Vaughn for his story about the bidding war between home buyers and the impact it was having on housing prices in Johnson County.

<strong>Third place in Best Business/Economic News Coverage</strong> also went to Vaughn for a series of stories about residents’ concerns about the number of warehouses being built in Greenwood and the factors the city was weighing, such as low pay, low unemployment and the unknown tenants, when considering request.

<strong>First place in community service</strong> went to Vaughn for his coverage of the election equipment failure, a state investigation into the vendor’s illegal workaround and the county’s response.

<strong>First place in Headline Writing</strong> went to the staff of the Daily Journal for a series of headlines, such as "Clearing the air: Apartments consider banning smoking inside" and "Trail mix: County offers plenty of picturesque exercise options."

<strong>First place in Best In-Depth Feature or Feature Package</strong> went to reporter Ryan Trares for his series "Addicted and Dying: The opioid epidemic in Johnson County." Trares has taken an in-depth look at the issue, such as the local recovery services that are available and the effect on newborns and how area hospitals are responding.

<strong>First place in Best Special Section</strong> went to the Daily Journal for its annual special section called "Brave Hearts" that focuses on people with cancer, their experiences, decisions and caregivers, their recovery and the specialized services and support available locally.

<strong>First place in Best Sports Action Photo</strong> went to Roberson for his photo of a Franklin baseball player making a diving catch.

<strong>Third place in Best Sports Action Photo</strong> also went to Roberson for his photo of a Franklin discus throw.

<strong>Second place in Best In-Depth Feature or Feature Package</strong> also went to Trares for his story about a 98-year-old Franklin resident being given France’s highest tribute. The honor was for his help in the liberation of France during World War II.

<strong>Third place in Best Multiple Picture Group</strong> went to Roberson for his photos as he followed local police as they went to homes to find and arrest drug dealing suspects.

<strong>Third place in Best Sports News or Feature Coverage</strong> went to Sports Editor Ryan O’Leary for his story about a Center Grove fan’s questionable sideline stunt, the motivation behind it and the reaction from across central Indiana.

<strong>Third place in Best Profile Feature</strong> went to Vaughn for his story about a county 911 dispatcher who spent 13 minutes on the phone and was successful in calming a man who was threatening to kill his mother and her boyfriend.