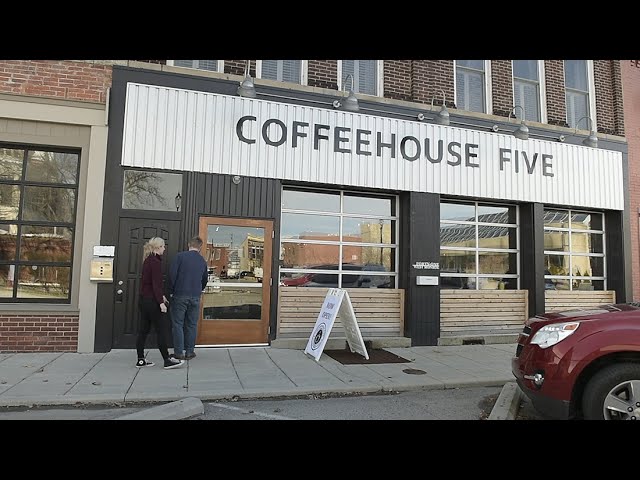 Editor’s note: Republican Ron Deer is one of four candidates for three at-large seats on the Johnson County Council. See Where They Stand interviews with Republican candidates Melinda Griesemer and John Myers, and Democrat Amanda Stevenson-Holmes in the coming days, and be sure to visit dailyjournal.net for videos of these interviews. The Q&A below includes answers by Deer in his own words.

What experience and qualities make you a good choice for Johnson County Council, and why are you running?

We need to have representation at all age levels. There are several younger gentlemen and ladies who are running or sit on the council now. I will be 71 at the time I take office if I am successful. I believe I will bring to it a perception that is not always there, of understanding what the impact is on the different social and economic groups. I spent over 40 years in management working for the (Marion County Public Health Department) and (Indianapolis Airport Authority). I spent 24 years serving as a city councilman in Greenwood; I was elected six times. I served on the planning commission for nine years and on several regional boards.

What are the top three issues facing the county right now?

I don’t think there is anything going poorly that I am running to try to correct. I am running to help improve some of the operations. One of my top three priorities is working with the cities and towns to explore possible areas to save money.

Secondly, my intention is to monitor the economic impact of Interstate 69 as it comes through the county.

Third, I would like to assist in projects that bring economic impact around the county, such as the (Festival Country Indiana Visitor Center).

The council will be faced with budget shortfalls in the coming years, financial experts say. What would your priorities be for spending cuts?

There are going to be shortfalls, but that doesn’t mean you have to cut anything. It might mean that you have to reanalyze how you spend what you are taking in … I believe in tightening the belt wherever it is possible and seeing if there is any duplication of services that can be eliminated. For example, if there is a custodian cleaning at one building, could they have one custodian clean both? That is a simplified idea of how you could cut costs. Also, we can look at the possibility of projects that can be postponed until we know with more certainty what is happening with revenue.

Do you believe the county needs any new taxes or tax increases, and if so, what would it pay for?

I am not aware of a need for it right now. (One of) the most recent tax increases was the Innkeepers Tax, and I think that was appropriate. It sort of leveled the playing field throughout the region. I would have supported that.

I don’t know all the details on that. I would have to look at the facts. I don’t have enough information to say how I would have voted at this time.

For the library, the council raised taxes with three of seven council members voting yes; two were absent. Do you think there should be a higher threshold for a vote to raise taxes?

What are your thoughts on the jail expansion, and was that a worthy tax increase?

Oh yeah. The mandates they were facing with overcrowding … it took a little too long to make it happen. But it is well-deserved and needed for the individuals so we aren’t having the overcrowding that was occurring.

How should the county fund jail staff increases that will stem from the jail expansion?

I’m not sure what those numbers are but I will be attending the budget hearings to find out a little more about those specifics. Right now, I just know (Sheriff Duane Burgess) will be asking for more with the expansion. Again, you can’t do tax increases without exploring what other possibilities are, and without looking elsewhere throughout the entire budget (for) some modifications to fund that.

A recent salary study revealed that several county employees and elected officials are underpaid. Would making employee pay more competitive be a priority for you?

Yes. I think that is something, unfortunately, that has been overlooked (in the past). It was an excellent decision for them to do that study, not just make it based on the attitudes of department heads.

I reviewed the study and I support their decision to bring them up to the internal midpoint. I am supportive of that, and I think the room is there in the budget to do it. It prevents the revolving door that tends to occur. I was a county employee for Marion County and I was a regional employee with the airport. I don’t think that means you have to be paid less because you work for the government. You should be paid fairly.

County council members make about $7,000 less than average, according to the same study. Would you vote to raise your own salary?

I had an individual one time (when serving on the city council) who said that I made too much to go to one meeting a month. My comment at the time was, ‘Call up my wife and ask her if I only spend one meeting a month on my work as a city councilman.’ That is not the case. If you’re doing your job as a county or city councilman — it is part-time — but if you do the studying, the context and communicate with citizens, department heads and employees, you will be spending quite a bit of time. But I don’t think that kind of an increase is appropriate … Any raise should be modest, not $6,000 or $7,000 at this time … I would suggest delaying an increase for elected officials for at least a year.

Road funding is an issue facing all local governments. What should the county do to make sure there is enough funding for roads?

As an individual, not an engineer, I see roads and think, ‘why was that one done when there is another where you are bouncing across the road?’ That is something you should defer to your experts in the highway department … I think you should look at the ones where there is the greatest need. But on the flip-side, if you defer and defer, when is a more appropriate time? The roads around I-69 is something we should look at closely.