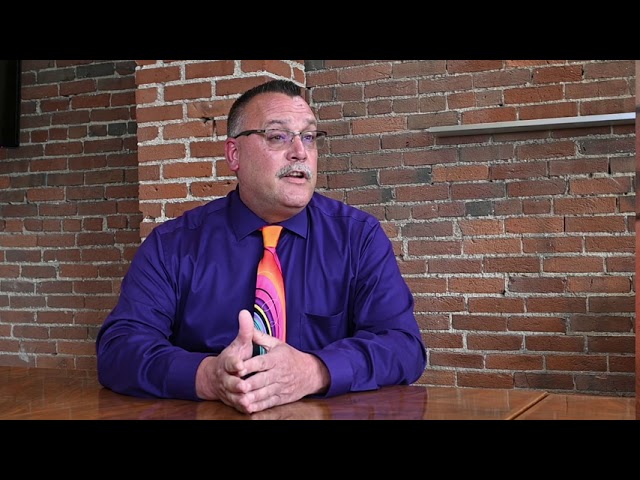 Editor’s note: Republican incumbent John Myers is one of four candidates for three at-large seats on the Johnson County Council. See Where They Stand interviews with Republican candidates Ron Deer and Melinda Griesemer, and Democrat Amanda Stevenson-Holmes throughout the week, and be sure to visit dailyjournal.net for videos of these interviews. The Q&amp;A below includes answers by Myers in his own words.

What experience and qualities make you a good choice for county council, and why are you running?

I am a life-long resident of Johnson County. I was born and raised in Greenwood. I was fire cadet with Greenwood when I was 15, and I have been serving in public safety ever since. I worked for my aunt at Myers Ambulance for years. I became reserve at the Franklin Police Department, then was hired full-time at Greenwood where I have been for the last 30 years.

I have been involved in government since elementary school when my uncle ran for mayor of Greenwood. I have followed it ever since. From my experience with fire, police and EMS, I have a good grasp of what is going on around the county and the needs for infrastructure, since I am out and about.

I have always wanted to do this (be on county council) … I just want to continue giving back to the community for my children and my future grandchildren and the residents of Johnson County.

What are the top three issues facing the county right now?

Roads and infrastructure all over the county, especially in White River Township with Interstate 69 coming in. The roads are deteriorating. There are neighborhoods up there with roads that are crumbling.

The second would be community corrections. That building there is outdated and has a lot of problems. I was asked to be on the justice center committee and initially, we were looking at community corrections until we received a notice from the state that we needed to address the jail overcrowding … The funding for the jail, hopefully, we will have that paid off in four to five years and still have some money coming in that we can use for community corrections.

Third would be to continue on public safety, making sure we stay above or at the (recommended) level for fire, EMS and law enforcement, and making sure they have the funding and equipment they need.

The council will be faced with budget shortfalls in the coming years, financial experts say. What would your priorities be for spending cuts?

Right now, the county is doing pretty well … We have $3 million in the Rainy Day Fund. I think we have another $12 million or $13 million in the General Fund that is there, that is extra. So hopefully, that will be enough to get us through and we will not have to make cuts. If we have to make cuts, we will have to look at each department individually and ask the department heads to cut where they think they can cut.

Do you believe the county needs any new taxes or tax increases, and if so, what would it pay for?

If anything, it would be for infrastructure and roads. The county, along with the state, has been chip-sealing a lot of roads in Johnson County the last few years due to lack of funding for the highway department. If there is enough of it (road repairs) that it is going to cost a lot, there might be a possibility of a tax for infrastructure or roads. I am not saying there is going to be one, though.

I was one who voted against it.

For the library, the council raised taxes with three of seven council members voting yes; two were absent. Do you think there should be a higher threshold for a vote to raise taxes?

Someone brought up that it was not a legal vote, so we asked the county attorney (Shena Johnson) to look into it … Because the county does not have a resolution or an ordinance stating it has to be a majority of the whole council … the vote is a good vote.

We have formed a committee to look at coming up with bylaws and the possibility of making it the majority of the whole council, not just the majority that is there. I am on the committee, along with councilman Pete Ketchum and the county attorney.

It is what it is. I voted against it but it passed. It was a legal vote, so we just have to move on.

What are your thoughts on the jail expansion, and was that a worthy tax increase?

Yes. The jail has been overcrowded for many years. I talked to the previous sheriff, Doug Cox, numerous times about overcrowding. It is going to be beneficial to employees and the people who are incarcerated there.

How should the county fund jail staff increases that will stem from the jail expansion?

That is part of the tax increase. We are collecting that for 20 years and we can use that money to pay for operations, for community corrections, for juvenile services, for inmates, programming, staffing, anything like that. By the time the jail opens up, the money will be there.

A recent salary study revealed that several county employees and elected officials are underpaid. Would making employee pay more competitive be a priority for you?

It has been a priority. We have been working on that since I was first elected eight years ago. It was one my goals to get county employee pay up because the turnover rate is so high. They can go to Franklin, Greenwood (or) Bargersville and make more money. I know numerous county employees who have left for other agencies here in the county and make $5,000 to $10,000 more.

County council members make about $7,000 less than average; would you vote to raise your own salary?

We should raise it some, but not a whole lot. I am not doing it for the money. It is for the future of my children, grandchildren and for the residents. There are a lot of elected officials who are making $7,000 or $10,000 under (the external median salary) and raises should be spread out over two or three years to get them up to that rate. But depending on what next year is like, maybe not.

It is more about the employees for me. The employees are what makes the county look good. They are out there doing the work in the public eye the majority of the time, and we need to take care of them first.

Road funding is an issue facing all local governments. What should the county do to make sure there is enough funding for roads?

This is where a tax might have to come into play. The county and Bargersville have just entered into discussions on a road impact fee, and that would be a source of revenue. We have also created the Johnson County Redevelopment Commission to collect TIF (tax increment financing) money for the county, and roads would be a good area to use that money.