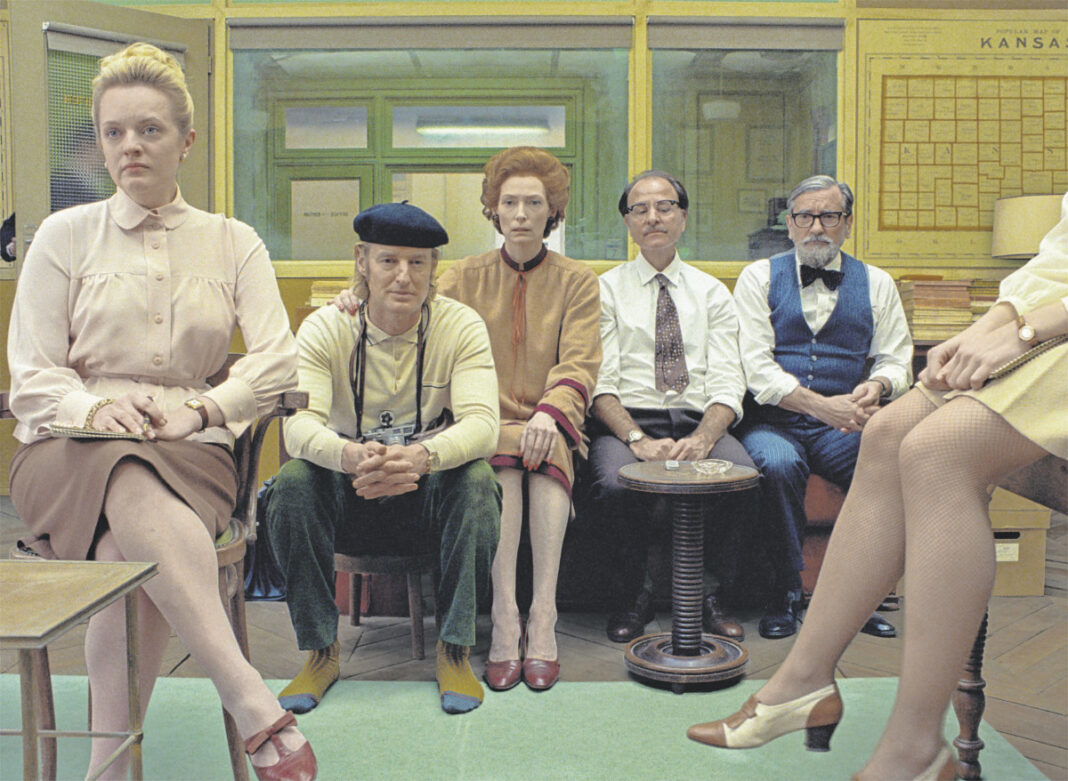 Over the next week, film buffs in Johnson County will have the chance to go on a heart-pounding adventure breaking out of a notorious prison.

They’ll step into the life of a well-known magician whose real magic is being a full-time caregiver. Inspiration will flow from the screen from a story about a piano player who spent his entire life learning to play with just his left hand, and the tale of a misfit group of bus drivers who took “Alien” to the theater capital of England.

And to top it off, people can follow the star-crossed love between a pair of New York City teens in the classic “West Side Story.”

As it celebrates its 30th anniversary, the Heartland International Film Festival has unveiled its most expansive event to date. The film extravaganza will feature some of the season’s most anticipated films. Buzzy screenings include a biopic on Princess Diana, documentaries about legendary chef Julia Child and musician Alanis Morissette and new films from directors Wes Anderson and Kenneth Branagh.

Films starring Will Smith, Joaquin Phoenix, Benedict Cumberbatch and Claire Foy are included in the 143 films being featured over the next nine days.

Most importantly for local movie fans, the festival is again featuring screenings at the Historic Artcraft Theatre.

“We know that people are excited to go back. Audiences are ready to get back to the theater, so we knew people would be excited about that,” said Greg Sorvig, artistic director for Heartland Film. “People love the Artcraft, so it’s a no-brainer.”

The Heartland International Film Festival has been bringing the best in uplifting, thought-provoking film to central Indiana for the past three decades.

Founded in 1991, the idea for the film festival came from Indianapolis-area filmmakers who wanted to showcase more life-affirming art around the city. The team at Heartland Film envisioned a balance to the glamorous and sometimes soulless movie culture that is so abundant on the East and West coasts.

Over the first 20 years, the festival grew slowly. But since 2011, its reputation and prestige have skyrocketed. Over the years, Heartland Film has presented $3.5 million in cash prizes — the largest total amount awarded by any film festival in North America. More than 1,800 feature and short films have been showcased at the event, including seven Oscar-winning titles.

“From studios holding back their releases last year, it just feels like the floodgates have opened this time around,” Sorvig said. “We have locked in so many fantastic movies, where arguably this is our biggest year.”

But outside of the spotlight events, the entire festival features incredibly visceral and moving films. “The First Wave” focuses on the everyday heroes at the epicenter of COVID-19 at one of New York’s hardest hit hospitals in the early days of the pandemic. “Mayor Pete” brings viewers inside Pete Buttigieg’s campaign to be the youngest U.S. president. “Catch the Fair One” is a revenge thriller executive produced by Darren Aronofsky, about a Native American woman embarks on the fight of her life when she goes in search of her missing sister.

“Mayberry Man,” which features the Franklin-based Circle City Sidewalk Stompers Clown Band, tells the story of an arrogant movie star who is forced to attend a festival celebrating “The Andy Griffith Show,” where he discovers the true meaning of friendship and family.

So far, the response from the public has been extremely positive.

“People who had never been before, or people who though we were something that didn’t appeal to them, we have a lineup that’s so compelling that people are excited,” Sorvig said. “We are already seeing a lot of folks coming back, new people who have never bought tickets before, and pre-sales are really, really strong.”

After organizing an event last year that focused heavily on virtual screenings and some live events at local drive-in theaters, the festival will feature an increased number of in-theater events, although virtual options are still available. Films will be screened at the Kan-Kan Cinema & Brasserie in Fountain Square, Living Room Theaters at the recently opened Bottleworks complex in downtown Indianapolis, Newfields and the Indianapolis Arts Center for picnic-style events.

At the same time, the festival is scheduled to bring a slate of films back to the Artcraft Theatre, carrying on what has become a long-standing relationship.

The Artcraft has been teaming up with Heartland Film for the past eight years to host Best of the Fest, a showcase of films from the precious year’s film festival. Since they started that program, the Artcraft has been one of the organization’s favorite stops, Sorvig said. The event has also become one of the popular events on the Franklin theater’s yearly schedule.

The success of Best of the Fest led to the Artcraft being chosen to host screenings of the Heartland International Film Festival starting in 2019. At the time, it was the first southside venue chosen for the festival in 10 years, since the Greenwood Park 14 theater was an official venue.

Heartland and Artcraft staff worked together to find the right balance of films to show at the theater. The result is a slate of seven movies that run the gamut from the gut-wrenching drama of a real-life prison break in “Escape from Pretoria” to the Christmas-themed romantic comedy “See You Next Christmas” to the inspiring story of a magician and live-in caregiver in “The Incredible Lamont.”

“Peace By Chocolate” tells the tale of a Syrian refugee struggling to settle into his new life in a small Canadian town, caught between his dream to become a doctor and preserving his family’s chocolate making legacy. “Alien On Stage” is a documentary about a group of British bus drivers who make an amateur stage show of the sci-fi classic “Alien,” eventually taking it to London’s West End theatre district. “For the Left Hand” is about a pianist paralyzed at the age of 10, who over the next several decades masters the left-hand repertoire.

The Artcraft screenings are capped off with “West Side Story,” the masterpiece musical starring Natalie Wood and George Chakiris. During the Heartland Film Festival’s first event, the film was screened, so it’s a nice throwback to be doing it again for the festival’s 30th anniversary, Sorvig said.

“That first year, we did ‘West Side Story’ and gave the directors awards, so now on our 30th anniversary, we’re able to show it on 35-millimeter film at the Artcraft,” Sorvig said. “That’s the true anniversary throwback.”

What: A film event featuring more than 125 films in a hybrid format, offering both in-person screenings across Indianapolis and select virtual titles.

Based on the real-life prison break of two political captives, this race-against-time thriller set in the tumultuous apartheid days of South Africa stars Daniel Radcliffe of Harry Potter fame; $14

A pianist is paralyzed at the age of 10, and over the next several decades, he masters the left-hand repertoire. At age 78 he performs Ravel’s “Piano Concerto for Left Hand”; $14

A Syrian refugee struggles to settle into his new Canadian small-town life, caught between his dream to become a doctor and preserving his family’s chocolate making legacy; $14

Described as “Houdini with a sunnier disposition,” illusionist Lamont Ream extends his magic beyond cards and coins to his work as a live-in caregiver.

This short documentary follows Jon Mobley, a professional magician, as he transitions from using his stage name Johnny Magic to using his real name; $14

Chronically single Natalie and Logan continue to run into each other at friends’ annual holiday parties year after year. They begin to wonder if they’re meant to be together; $14

This 1961 classic tells the story of two youngsters from rival New York City gangs fall in love, but tensions between their respective friends build toward tragedy; $14

Indiana native returns with Broadway’s ‘Charlie and the Chocolate Factory’