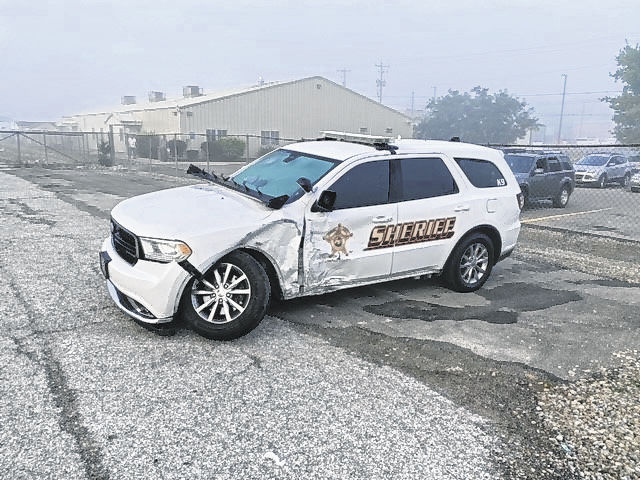 Dennis J. Turner, 39, was arrested on charges of resisting law enforcement in a motor vehicle, theft of a motor vehicle and possession of a syringe, all Level 6 felonies, as well as resisting law enforcement, criminal mischief and criminal recklessness, all misdemeanors. The Johnson County Prosecutor’s Office will decide what, if any, charges to file.

About midnight Friday, deputies responded to the area of 1200 Mount Pleasant Street on the report of a suspicious person. The caller told dispatchers someone had attempted to break into their vehicle that was parked in their driveway, and they were driving an older black Chevrolet Equinox with a loud exhaust, according to a Johnson County Sheriff’s Office news release.

Responding deputies saw a black SUV sitting at the entrance of Morgantown Road and Mount Pleasant Street. As deputies passed the entrance, they observed the lights go off on the SUV, so they turned around to check the vehicle, according to the news release.

The vehicle began traveling south on Morgantown Road. Deputies pulled over the SUV at Macy Way, just east of Morgantown Road. As deputies approached the vehicle, the driver, later identified as Turner, sped away, the news release said.

Turner left the roadway and began driving through backyards. Deputies didn’t follow the suspect off road, and lost sight of the vehicle. A few seconds later, Turner’s vehicle reappeared, striking a deputy’s Dodge Durango on the driver’s side, according to the news release.

The suspect then fled on foot, and was apprehended a short distance away, the news release said.

Turner, who has a lengthy criminal history spanning multiple counties, told deputies he fled because he thought he had a warrant out for his arrest, according to the news release.

The vehicle he was driving had been reported stolen in Marion County. Deputies also found a syringe on the driver’s side floorboard, and a catalytic converter in the vehicle. Turner told deputies he had cut it off the vehicle, the news release said.