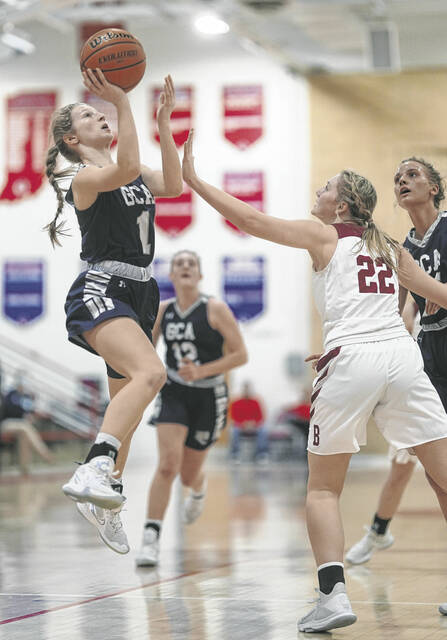 The waves of change are splashing down on Greenwood Christian girls basketball, everywhere except on the sidelines.

About to begin his 10th season, Alan Weems is the dean of Johnson County hoops coaches (girls or boys), a label worn proudly considering the Cougars own a string of seven straight winning seasons, the last two ending in a Class A semistate.

Whether GCA maintains such status in the face of graduating three starters — each of whom scored more than 950 points in their respective careers — is a question that will be answered as the season begins to play out.

“I honestly think we’re going to be a pretty good team as long as we keep working at it,” senior Dani Simon said. “We have quickness, and over half the team can shoot the ball well.”

Any discussion regarding this Greenwood Christian squad starts with senior Ellie Bigelow, a 5-foot-7 guard who averaged 10.1 points last season.

Unlike previous years, however, Bigelow will be the team’s No. 1 scoring option.

“Ellie has to lead, but she has to do it in her way. She is one where leadership has grown on her,” Weems said. “Second of all, she has to score because we need her to score. Let’s face it, we had 52 points a game taken away with the (graduation) of last year’s seniors.”

O’Dell twice reached double figures in points during the 2020-21 campaign; Simon only played the Cougars’ final five games after transferring in from Franklin midway through the school year, participating in the required amount of practices and then having GCA’s final six regular-season games canceled due to COVID-19.

Weems is confident both players are prepared to shoulder additional responsibility at both ends of the court.

“Dani is going to be a really good player for us,” Weems said. “Dory has improved as a player, and can convert and hit the boards.”

Another reason for optimism is the arrival of 5-8 sophomore guard Sydney Waldron, who last season led Providence High School in southern Indiana with a 6.4 scoring average. Other holdovers include a trio of players who saw action in 11 or more games last season — 5-10 Kiersten Carlson, 5-7 Addie Jolley and 5-5 guard Chloe Grider.

There are some big holes to fill, but Weems remains confident.