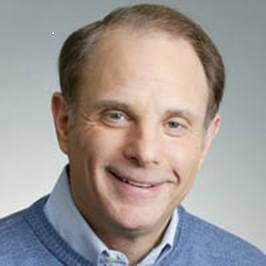 Now that COVID restrictions are waning a bit, people are feeling more comfortable about getting together for a turkey dinner this Thanksgiving — but with rising prices of food, more cooks may be chickening out, instead.

Restaurant prices are up, as well. The mafia is even economizing by eating at Olive Garden. A recent article I read said pitch-in dinners are going to be more popular than ever, which has the potential of saving the hosts money. Well, maybe. Read on…

How much food are you supposed to bring to a Thanksgiving get-together? The calculus of this must have stumped even Albert Einstein who came from a nice Jewish family where food, of course, played a very important role. Some biographers think the equation E = mc2 really meant the amount of food you can Eat (that would be E) is equal to the size of the average mouth (that’s M) times the number of cousins (C) who were invited for a holiday dinner. Then Einstein’s mother just squared everything, which has since become a holiday tradition…and is why most people gain 11 pounds between Thanksgiving and New Year’s.

Einstein has gotten a lot of credit for his theories on atomic energy, but very little recognition has been given to Mother Einstein’s classic formula for how much potato salad to lug to the family reunion picnic.

This Thanksgiving we are invited to our friends’ home. My wife will be bringing something to contribute to the sumptuous feast. “Bringing something” was always a risky thing when I grew up in New York. Whenever my mother brought something to someone’s house, she would watch it like a hawk, concerned that her candied yams would go unacknowledged, thus requiring her to either chuck the remains at the end of the party or hide the half-full casserole dish behind her back as she nervously slid out the door.

And there was a worse scenario. Suppose the dish was completely consumed. Not a scrap left. Wiped clean. That would have meant that my mother did not bring enough. She believed this miscalculation would stain the reputation of the entire Wolfsie clan. That’s when my mother adopted Mama Einstein’s theory of quantum food.

This made a huge impression on me as a kid. So when my wife offered to contribute her barbeque string beans to the upcoming Haverstick party, I tried to determine how much to bring in a scientific manner. For argument’s sake, let’s say someone is having 12 people for dinner. You should probably make enough mashed potatoes for 24 people because if the spuds are good, everyone is going to have seconds. But other people would also be bringing dishes. And these people, no doubt, are also familiar with this culinary formula. This means that if all 12 people are bringing enough food for 24 people, there would be enough food on the table that night to feed 288 people.

Which should be plenty.

The Wolfsies will probably have Christmas dinner alone, just my wife and son and me, in our cozy little kitchen dining area. Mary Ellen usually likes to talk about family trips and fun experiences we have had together, although this year I have a feeling she’s going to obsess over why we are eating two pans of string beans left over from Thanksgiving.