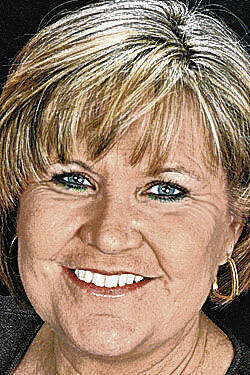 The Sunday before Christmas was a once-in-a-lifetime outdoor viewing.

I was perusing the landscape at dusk out of our bay window when I suddenly saw a fox turn and approach another. Within seconds the vixens were on their hind legs, facing each other with open mouths baring their sharp teeth, and batting each other with their front paws. I called the hubby over to look and just when we were both captivated by the vixen fight, he noted that the both foxes stopped for a brief second and looked southwest into the cow pasture. As we followed the fox’ glance, we immediately saw two bucks sparring – rattling their antlers and pushing against each other.

It was WWE in the animal kingdom right outside our window.

Earlier that morning we listened to Brock Graham, Lead Pastor at Redeemer Bible Church in Greenwood, preach about joy, focusing on Luke 2:8-11 — after Jesus was born, the birth announcement that the angel gives to the shepherds in a field at night

Luke 2:8-9 And in the same region there were shepherds out in the field, keeping watch over their flock by night. And an angel of the Lord appeared to them, and the glory of the Lord shone around them, and they were filled with great fear.

Pastor Graham urged us to imagine being in a dark field at night and it’s our job to protect the sheep from vicious animals. I instantly remembered cross-country skiing about 10 pm one wintery moonlit night, next to a thick tree line in the cow field next to us about 25-years ago. The Husband was about 20-yards ahead of me when I suddenly felt a whoosh of air and the flap of wings inches from my face — a great horned owl, with its’ 4.6-foot wingspan had decided to go hunting and I was in his way. [I made a mental to note to ask a few friends and family when they were most afraid at night in a dark field — like the shepherds in Luke 2.]

Pastor Graham shared that when he drags his two garbage cans down to the end of his driveway on nights that there are howling coyotes in an adjacent field, he has “imagined in my head how I would position the garbage cans should they choose to turn their attention on me.”

The next couple of days, I did indeed ask the question, “Do you remember a time when you were greatly frightened in a field at night?” Here a few replies, none of which heard the same sermon.

My friend Katie said she couldn’t think of a time but her husband Todd quipped: “Taking out the trash the other night.” [obviously this is common thought]

My good husband noted that he was walking back from deer hunting deep in the woods with only his bow when a pack of howling coyotes split up — following him on both sides of a ravine.

My niece Raegan noted that on the occasions that she’s collected eggs from her chickens on dark wintery nights, she asks one of her brothers to go with her.

My brother David noted that he once finished hunting for the day, but before leaving the darkening woods, he quietly stayed to listen and watch for which trees the turkeys were flying up and roosting in. Suddenly a large coyote pounced in thinking my brother was a deer — the coyote smelled that he wasn’t. David gave me permission to tell his story, but with a wry half smile suggested strongly to note that he wasn’t actually frightened, nor scared. [Note to readers: just to verify, this was the story he told me when I asked him to recall a time when he was most frightened in a field at night.]

When I asked my 9-year-old nephew Drew if he’d ever been afraid, I added the explanation: “like the shepherds in the field.” He quickly answered: “Oh, like when Jesus was born and the angels appeared before them and then later the angels told them ‘don’t be afraid – I bring you good news of great joy?’ — and a whole bunch of angels started praising and singing?” Drew has obviously been listening at his church.

And the angel said to them,

“Fear not, for behold, I bring you good news of great joy

that will be for all the people.

For unto you is born this day in the city of David a Savior, who is Christ the Lord.

Always a great thought to bring in 2022.

Janet Hommel Mangas: The present of ‘hanging out’

Lori Borgman: Why family is key to the nation’s recovery

Janet Hommel Mangas: Less is more in this new year