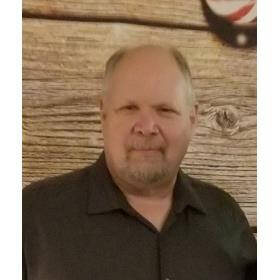 He was born on June 17, 1960 in Beech Grove, Indiana to Marshall and Betty (Hedger) Kinney. He married the love of his life Patty (Stancombe) Kinney on July 14, 1979 who lovingly survives. Also surviving are his daughters, Michelle (Terry) Wallace of Franklin, Indiana and Marci (Kyle) Schultz of Waynetown, Indiana; grandchildren, Ethan, Alexis, Isabella, Reagan, Vanessa, Kyndal, Natalie, Genevieve and Cameron and one great grandson, Elliot on the way. He is also survived by his siblings, Ronnie Kinney, Brenda (Chuck) Hoagland and Linda (Ken) Jarczynski; many nieces, nephews and cousins and his loving dog, Millie. He was preceded in passing by his parents; maternal grandparents, Harvey and Mona Needler and granddaughter, Zoe Kinney.

Mike was a 1978 graduate of Indian Creek High School.

Mike worked as a truck driver for many years at K&L Grain. He was employed later by Schneider National for seventeen years. He currently was employed by the United States Postal Service in Indianapolis for the last sixteen years.

He was a member of Impact Christian Church where he was very involved running the soundboard and playing in the worship band. He was a member of the UPAW. He was also a member of Southern Cruisers Riding Club Brown County Chapter 145 where we was awarded the Elder and Core member positions. In his free time he loved spending time with his grandchildren and riding his Harley with his wife, as they were referred to as “Digger and Queenie” and his riding family. He loved working on cars and doing projects around the house. He was referred by friends and family as Mr. Fix It. He would go out of his way to help someone in need and made friends everywhere he went. He was always the one behind the scenes making sure everything is running smoothly. He would make everyone else look good and he would never want or need accolades or attention. He had the sweetest demeanor, a selfless spirit and a heart of gold.

Pastor Jeff Souders and Rev. Randy Gentry will conduct a Celebration of Mike’s life on Thursday, January 20, 2022 at 11:00 a.m. at Impact Christian Church, 2800 North Graham Road, Franklin, Indiana 46131. Friends may call on Wednesday, January 19, 2022 from 4:00pm to 8:00pm at Impact Christian Church and on Thursday from 10:00am to the time of service at the church. Burial will be at Greenlawn Cemetery in Franklin, Indiana. Flinn and Maguire Funeral Home in Franklin are assisting the family with arrangements.

Memorial contributions may be made to Impact Chrisitan Church or Southern Cruisers Riding Club Chapter 145.

Expressions of caring and kindness may be received to the family at http://www.flinnmaguire.net