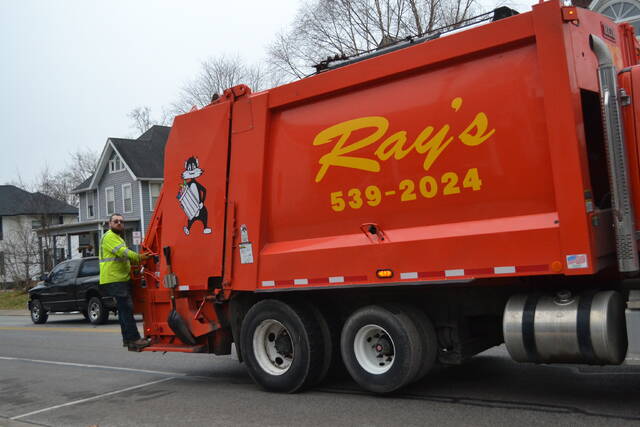 The Franklin City Council voted this week to pass on the full cost of trash services to residents for the first time in the city’s history.

Households will pay $17.22 per month for automated weekly trash collection and bi-weekly recycling pick-up from Ray’s Trash Service starting April 1. The fee includes 96-gallon bins for both trash and recycling.

The fee will be charged to every household that pays a sewer bill, including single-family homeowners and people who rent a home or duplex. The fee does not apply to businesses or people who rent from a commercial landowner, which includes multi-family complexes with three or more units.

The cost is being passed on to residents for the first time because the new, five-year $1.7 million contract with Ray’s is double what the city had paid in the past. It increased so much because the city was still working under a contract that was first negotiated 10 years ago. The contract also includes a $40,000-per-year fee for trash collections at city buildings, which will be paid by the city, not passed on to residents.

The five council members present voted unanimously to pass on the full cost. Members Bob Heuchan and Lisa Jones were absent. Council members considered six scenarios complied by Jeff Peters, the city’s financial consultant. If the city continued paying for trash, there would be a deficit of more than $584,900 in the general fund, meaning the city would have to transfer money to meet current obligations. Its operating surplus would shrink to $41,000 from about $626,000.

Several scenarios included a gradual increase from an initial $10 or $12 monthly fee to the full $17.22, which would have allowed the surplus to grow. However, Peters said those scenarios are not ideal and council members agreed.

Council members were also concerned about the psychology of annual increases.

“This $1.7 million hit is not sustainable,” council member Ken Austin said. “Do we do a little bit at a time? I hate to, every year, see a bill go up. I just don’t like it. It’s like ‘every year they’re raising my bill.’ For five straight years of raising the bill, I think people would get a little sick of that.”

Several council members said their constitutions said they would prefer to pay the full cost now.

“I’ve talked to many people on this to get their thoughts about it. Pretty much everybody I’ve talked to has expressed that they would rather pay the full amount than, in later years, have us deciding what services to cut,” council member Josh Prine said.

Council members and Mayor Steve Barnett also expressed concerns about how inflation will impact the city’s budget, and a bill that could cause the city to be financially strapped in coming years.

Barnett originally had proposed the council start by charging $10 per month, but said he changed his opinion in the face of financial uncertainty surrounding House Bill 1002 and Senate Bill 378, which would eliminate business personal property taxes.

“Our legislators are talking about taking away personal property taxes for businesses. That is going to take $1 million away from the city of Franklin if they do that,” Barnett said. “That is playing into things. Inflation is playing into things. Bids — including our trash bid — that was higher than what we thought. I am just pretty concerned about, going down the road, how do we make up that $1 million that the legislators are trying to take away.”

Council members Anne McGuiness and Shawn Taylor said though the council doesn’t want to make residents pay, it is the council’s responsibility to look at the financial situation and make tough calls.

“No one wants to pay more … but at the same time, you look at the unpredictability of the future and where it might lead the city. That’s our responsibility as the fiscal body,” McGuinness said. “Whether that is the popular opinion or not, that’s what we have to do.”

By passing on the full cost to residents, the council has more flexibility to fund projects that will improve quality of life and increase public safety, Taylor said.

Information about changes to trash services, including how to properly place trash cans with enough clearance for a new automated pick-up method, will be included in the February and March utility bills, said Calvin Davidson, project manager for Ray’s. The new cans are expected to be delivered in late March, he said.

The new fee will appear on monthly utility bills beginning in April. City officials will send the collected fees to Ray’s.

Most Johnson County races to be uncontested in November election