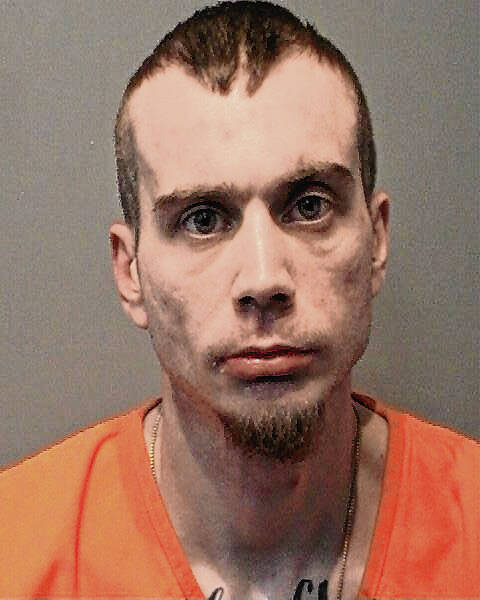 Sheriff’s deputies arrested a Bloomington man on several charges after a routine traffic stop turned up a variety of drugs.

Tad Charles Steward, 29, was arrested on charges of dealing methamphetamine, a Level 3 felony; dealing cocaine or narcotics and possession of a firearm by a serious violent felon, both Level 4 felonies; trafficking with an inmate, a Level 5 felony; and dealing a controlled substance, a Level 6 felony. The Johnson County Prosecutor’s Office with decide what, if any, charges to file.

About 1:30 a.m. Thursday, deputies observed a vehicle traveling north on State Road 37 turn left on Smith Valley Road, a dead end. The vehicle then turned around and began traveling back south. Deputies followed the vehicle and clocked it at 60 mph in a posted 45 mph zone. They stopped it on State Road 144, just east of State Road 37, according to a Johnson County Sheriff’s Office report.

Deputies asked the driver where he was going and Stewart, the front-seat passenger, quickly spoke up and said they were traveling back to Bloomington. A rear-seat passenger was also in the car, according to the report.

Morgan County sheriff’s deputies arrived on scene to assist. They deployed a K9, which signaled there were drugs in the vehicle. During a search of the vehicle, deputies located a drawstring-style gym bag directly behind the passenger seat, which contained a Ruger EC9 pistol with a loaded magazine, narcotics packaging material, two hypodermic syringes, Narcan and a digital scale, the report showed.

Stewart was taken to the Johnson County jail, where deputies asked him if he had anything illegal on him. He said he did not. Once inside the jail, the body scanner quickly located foreign objects within Stewart, who pulled a small bag of Marijuana from inside his body. During a subsequent strip search, the following items were located: 2 grams of marijuana; 1.9 grams of heroin; 3.3 grams of Adderall; 5.2 grams of a cutting agent; and 9.2 grams of meth, according to the report.

Deputies took Stewart to Johnson Memorial Hospital to make sure he had no other objects inside him. Once released from the hospital, deputies spoke with Stewart and he identified the various items that were located inside him and took ownership of the bag they found in the vehicle. However, he said the firearm did not belong to him, the report showed.

Stewart was just released from prison in September for dealing meth, which meant he could not possess a firearm.