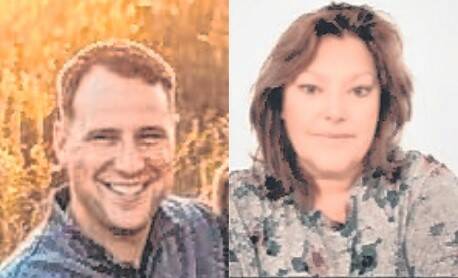 There were four candidates on the Republican ballot and voters chose two to fill at-large seats on the council. As of now, there are no Democrat challengers for town council, through there is still time in the coming months for the party to slate candidates.

Piercefield was elected for a second term on the council. Buck was elected by voters for the first time, as she was caucused in to her seat in 2019.

Both told the Daily Journal earlier this year they are proud of what the current council has achieved and they hope to see the momentum continue.

Buck, who works in human resources, first ran for election to see behind the curtain, now she’s part of the team hoping move Edinburgh forward, she said.

“I’m a lifelong resident and for several years, I wondered why the town council made decisions the way they did. So, I decided to run in the caucus to have a part in the process. As a (council member), I was involved in placing three key leaders in the community: the new town manager, the new chief of police and the new fire chief. Additionally, I was very instrumental in restructuring the trash services to include monthly big trash pick-up. There are many more projects in the funnel that I would like to see come to fruition. I will continue to provide the most efficient and transparent guidance on working with the team to make Edinburgh the best community possible.”

Likewise, Piercefield, who is a Franklin firefighter and small business owner, hopes to continue working on projects in the works that will benefit residents for generations to come.

“I kind of wanted to see a vision for the town and try to direct that vision. My family has always been here. I love Edinburgh. It is my community and I wanted to have input on the future of (it). It seems like if you don’t have new and fresh ideas, things can kind of go stagnant. I’m really proud of the direction we have gone. We are really looking into the future … it is not just me, it is the vision of the shared board. That’s why I’m running again, so we can continue that positive movement. We are looking at new homes. We’ve done amazing things with public safety in the police and fire departments. We are a really unique entity because we carry so many different departments for the town.”

Both identified housing growth as a goal for the town going forward. Without more homes, they said the school district and additional business growth would be more difficult. They said developers have been showing interest in parcels that could someday soon bring new, affordable housing to the town that has shrunk in population over the past few decades.