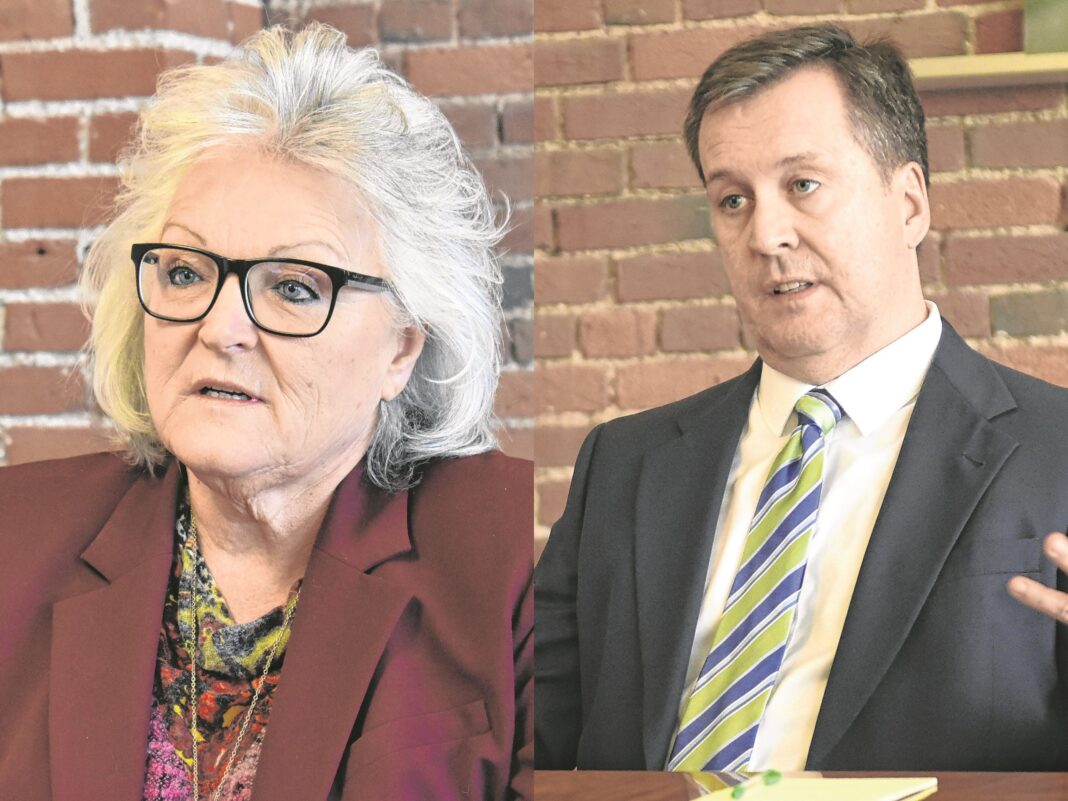 The current county auditor and a state accountant will be on voter’s ballots for two county council districts this fall.

Burton has worked in the Johnson County Auditor’s Office for 30 years, as both deputy auditor and auditor. Burton routinely sits in on county council meetings, and is usually the one who carries out their directives, he said.

“I’m the person who normally puts feet to their wishes and fulfills their orders and carries out their directives,” Burton said.

If voted in during the November general election, Burton will be on the council at a time when the county is facing a road funding crisis, with millions of dollars of projects planned, but no clear funding avenues available.

Roads have always been a problem and will continue to be a problem in future. Burton does not have an immediate solution but she plans to work with the county highway department and the state to see about current grants and funding available to move forward as best as they can. There also are American Rescue Plan Act funds that could be used, she said.

If elected, Burton’s priorities include conducting transparent, efficient, and timely business in an equal manner to all residents of the county. She also plans to fairly review and weigh the needs and requirements of the annual budgets for all county offices and agencies, she said.

She also plans to use her past experience as auditor to assist with establishing salaries, wages, and other forms of compensation for all county officials and employees, Burton said.

Burton attributes her win to her hard work, transparency and dedication as a public servant. While she is currently serving as auditor, she plans to retire at the end of this year before taking office in January, if she is elected in the November general election, she said.

“It will be an honor to continue my public service to the people of Johnson County as a member of the (county) council,” Burton said.

Mallers ran for county council because he wanted to make the county the best place it can be. A CPA who works for the state of Indiana, Mallers has had 30 years of experience working with budgets and financial issues, he said.

This is not his first time on the council. He was selected via a caucus in 2016 to fill a vacated at-large seat. He ran for a full term in 2020 but was unsuccessful.

If voted in during the November general election, Mallers will be on the council at a time when the county is facing a road funding crisis, with millions of dollars of projects planned, but no clear funding avenues available.

Mallers believes that the county council should use the $10 million in discretionary funds from the American Rescue Plan Act to help with road funding. However, most road funding will need to come from the legislature, so if elected, he would be in constant contact with local lawmakers to make sure the county’s interests were considered when it comes to setting road funding at the state level, he said.

One of his top priorities is ensuring the county’s infrastructure and public safety are ready for Interstate 69. The interstate, which will run through northwestern White River Township once State Road 37 is converted to highway grade, is expected to be completed in all of Johnson County by 2023.

Mallers hopes to continue to county’s good financial track record, including taxes and careful spending. He also hopes to ensure the county has proper planning and budgeting to allow for services that can offer a higher quality of life for residents, he said.

HOW YOU VOTED — DISTRICT 1

HOW YOU VOTED — DISTRICT 4