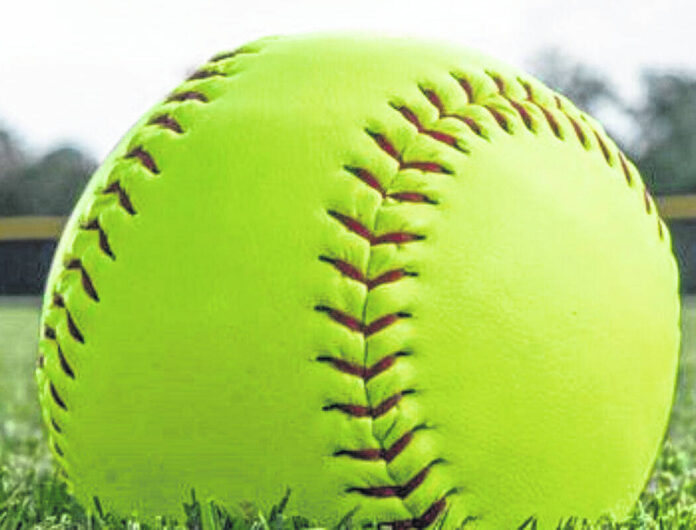 Greenwood needed a little bit of time to get going against Greenwood Christian in its Johnson County softball tournament opener on Friday, but once the onslaught got started, there was no stopping it.

The Woodmen scored six runs in the second inning and needed just five frames to finish off a 10-0 victory over the Cougars. Their reward is a semifinal date with tourney host Center Grove at 10 a.m. today.

“The first time through the lineup’s always a bit of a learning experience,” Greenwood senior shortstop Anna Pritchett said. “I felt like we did better toward the end when everybody got used to it, and hopefully we can carry it on to tomorrow.”

Greenwood (8-11) went down in order against GCA hurler Hailey Haynes in the first inning but took command in the second.

Taylor Dick reached on a leadoff walk, stole second and came home on a base hit to left by Samantha Garret. After a walk to Dominica Wheatley, Macy Wylonis dropped a run-scoring double into shallow left to make it 2-0, and Wheatley slid home safely on Nevaeh Elliot’s fielder’s choice bunt.

Pritchett then plated two runs with a triple just inside the left-field line and scored moments later on Sophie Markowicz’s double to right.

“We seem to struggle the first time through every single time,” Greenwood co-coach Greg Norwood said, “and once we realize that it’s slower than normal and you can’t swing the same, we start to put up some runs.”

That big second inning was more than enough support for pitchers Courtney Hankenhoff and Markowicz, who kept the Cougars quiet all evening. Hankenhoff yielded singles to Haynes in the first and fourth innings but was in shutdown mode otherwise, striking out seven without a walk over 3 1/3 innings. Markowicz finished off the last 1 2/3 without yielding another hit.

The Cougars (5-6) advanced a pair of runners to third base but couldn’t get either one home.

Greenwood pushed across three more runs with two out in the bottom of the fourth. A Dick single and GCA error brought Katelyn Berger and Haylie Hendricks, and another Cougar miscue allowed Dick to score and stretch the Woodmen lead to nine.

Berger scored the walk-off run in the fifth when she delivered a two-out single, advanced to third on two wild pitches and scored on another Pritchett drive to left field.

For Greenwood, the focus now shifts to a longtime rival in the Trojans.

“Center Grove is a different place,” Norwood said. “It’s a different pace. They are a rival of Greenwood’s forever, and they never want to lose on their home field, so we just have to change the way we warm up.”

“Basically, just do what we struggled on this game,” Pritchett added. “Knowing that it’s probably going to be a little bit faster pitching, different pace of the whole entire game, and just try to practice as much as we can for that.”