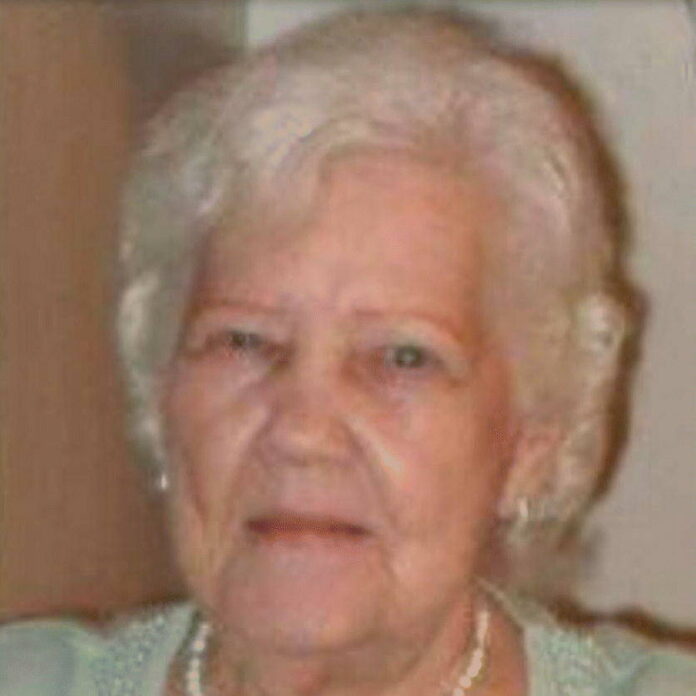 Mrs. Irene Russell, Greenwood, passed away on the afternoon of Monday, May 23, 2022. She was 99. Irene was born January 18, 1923 in Hartsville, Tennessee, one of 11 children born to the late James Allen and Laura Margaret (Montgomery) Linville.

Irene attended school in Tennessee and came to Indiana with her husband in 1940. She had been employed in supervision most of her working career…and she was the boss! She had worked at Bemis Bag Company as the shipping supervisor for 24 years retiring in 1978. After that, she served as the floor supervisor for five more years with White Metal Manufacturing where she taught employees how to properly operate new machinery.

Irene spent much of her leisure time working word games and puzzles, playing cards (especially Rook) and watching television. She never missed an episode of The Young and the Restless and The Bold and Beautiful.

Irene was a hard worker and enjoyed gardening, where she raised beautiful flowers and vegetables as well as working in her yard which she mowed well into her 80’s. Irene was a wonderful cook and she will be remembered for her delicious fried chicken, dumplings, cornbread, white beans and peach pie.

Irene was an avid reader and particularly liked People Magazine. She also kept up with current events and could carry on a good conversation about world news.

Irene deeply loved her family and would tell you they are her greatest accomplishment. She cherished the time they could spend together.

In addition to her parents, Irene is preceded in passing by her husband of over 55 years, Robert Lee Russell; her sons, Roger A. Russell and Charles L. Russell; her grandchildren, Tammy McMurray and Bradley Hudson as well as her siblings, Flora, Della, Fannie, Lola, Mary, James, Jasper, Buck, Brittan and David.

Irene was a proud patriot and was a fierce supporter of our armed forces. In recognition of this, the family has suggested any memorial contributions be offered in Irene’s honor to Paralyzed Veterans of America or the American Heart Association.