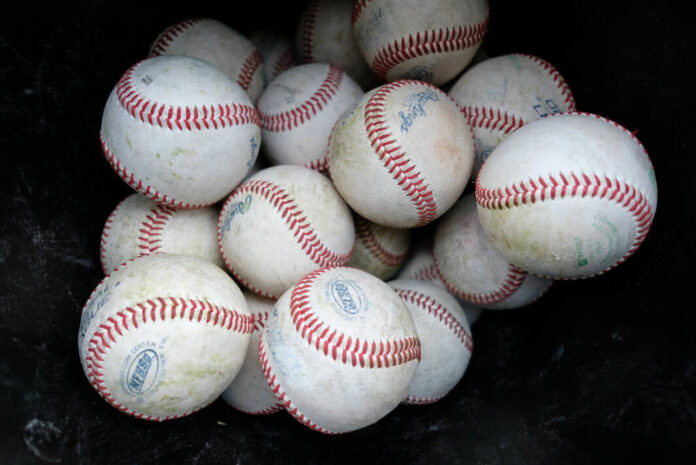 When Indianapolis Lutheran designated hitter Ryan Redding doubled home Ethan Hill and Cade Tabit in the bottom of the sixth inning on Monday night, it concluded the Edinburgh Lancers’ season with 12-2 defeat in the championship game of the Class A Morristown Sectional.

Instead of acting dejected, however, Edinburgh players took photos with each other. The team had come a long way from a 27-1 defeat against the same team earlier in the season — and won eight of their last 17 games after an 0-9 start.

Eight of Edinburgh’s 12 players were seniors, and after earning just one win during the 2021 season, they upped the total to eight this year, including a 7-6 victory over Waldron earlier in the day, the Lancers’ first sectional victory since 2017.

The key to this season’s success was resiliency, according to Edinburgh coach Dennis Smith.

“They stayed focused and continued to work hard to get better,” Smith said. “We were 1-17 last year and we started off 0-9 (this year). In last half, we were 8-9. They stayed focused, kept getting better, had more quality at-bats and made plays in the field. It was 100% better, playing great baseball at the right time.”

Senior Travis Jones, who homered and got a three-inning save in the afternoon game and served as the starting pitcher against Lutheran, tossed a total of 121 pitches over six innings during the two games, including more than two innings with an injured wrist. Jones said he was running on adrenaline after getting struck by a first-inning liner from Lutheran hitter Jackson Brandenburg.

“When it all first hit me, I wasn’t sure what happened,” Jones said. “My wrist was throbbing, and it was going to hurt tomorrow whether I walk off the field or keep going. Knowing it was my last game ever, it was worth it to throw it all out there.”

Even when things didn’t go Edinburgh’s way this season, the team made sure to take things in stride, he said.

“It’s just a group of guys I also play basketball with. It’s a small school and we all know each other.” Jones said. “In the beginning of the year, we said, ‘It’s baseball, let’s have fun; if we have errors, laugh them off, go have fun, enjoy it. Let’s put a smile on somebody’s face.’”

The Lancers got on the scoreboard first in the nightcap, taking advantage of a dropped fly ball and a muffed fielders choice, as Edinburgh second baseman Colin Richardson came around to score, making it 1-0.

Things went downhill quickly for Edinburgh, however, as the Saints responded with four first-inning runs on three singles and two errors. Lutheran tacked on three runs in the second inning, including an RBI double from shortstop Cole Perkins and a steal of home by center fielder Micah Mackay, to make it 7-1.

Saints starting pitcher Sean Moore tossed a dominant game, limiting the Lancers to two runs on one hit through six innings with 10 strikeouts. Moore didn’t allow a hit until Edinburgh shortstop Riley Palmeter rocketed a two-out double to the left-center field wall in the third to get the Lancers their second run of the game.

Strong efforts by Jones and Edinburgh reliever Gabe Bennett kept the Saints in check during the third and fourth innings, although Brandenburg stole home on a fourth-inning double steal to make it 8-2. Bennett, who started the afternoon game, finished with 120 pitches on the day. The Lutheran bats came back to life in the sixth inning to seal the mercy-rule victory for the Saints.

The first game was a back-and-forth drama that saw the Lancers come back early and then stave off a gradual comeback attempt.

The Mohawks got on the scoreboard with three runs in the top of the third inning, but the Lancer bats came alive in the fourth, with Jones’ solo shot to left field serving as the defibrillator that revived the team. After Palmeter got hit by a pitch, Burton launched a double. Mohawks starting pitcher Bryce Yarling, who had given up just one hit before the fourth, then hit Edinburgh catcher Ian Buchanan before walking Bennett to force in a run. Detling and Palmeter capped off the seven-run frame with two-run singles to force Yarling out of the game.

The Mohawks chipped away at the lead, scoring two runs in the fifth and another in the sixth, but Jones earned the save, closing out the Mohawks’ season by striking out Sheppard.