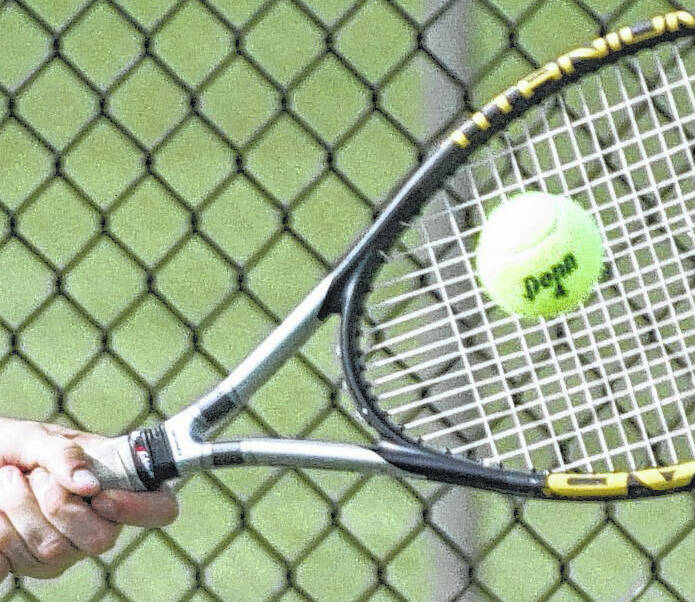 Over the past two months, Rylie Wilkison had turned back all challengers who had faced her at the No. 1 singles position.

But Friday afternoon, in the IHSAA state singles quarterfinals, the Franklin sophomore met her match. She saw her season come to an end with a 6-1, 6-0 loss to Columbus North’s Ashlie Wilson.

“It was a good opportunity to play someone really good,” Wilkison said. “It was a really good experience to play against her. I just need to keep on working.”

Wilson, who is headed to play at Purdue, jumped out to a quick 5-0 lead in the first set before Wilkison came to life. Wilkison held serve in the sixth game, then had several break points in a long seventh game, but Wilson fought them off before finally closing out the set.

“I was just nervous (at the beginning),” Wilkison said. “I started playing better after that, just moving my feet more and getting ready for every ball.”

Although Wilkison was more competitive in the second set than she was the first five games of the first set, she was unable to take any more games off of Wilson.

“I think in spots, (Wilkison) played pretty well,” Franklin coach Rusty Hughes said. “She pushed the girl. The key time was 5-1. She had several ads and just didn’t quite pull through. The further (Wilson) got ahead, the better she played. That was kind of a key moment in the match.”

Wilkison finishes the season with a 22-1 record. She led the Grizzly Cubs to their first sectional and regional titles since 2009.

“I’m really happy with it,” Wilkison said. “I feel like I really tried, and it worked out good for the most part.”