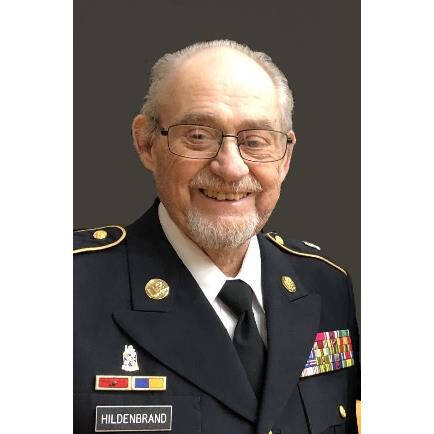 He married Diane Greattinger on August 21, 1971, in St. Matthews Catholic Church in Oak Creek, Wisconsin. He was a 1965 graduate of Ferdinand High School. Gary was a United States Army Veteran, who served full time in the Army National Guard. He retired after 38 years as a Command Sergeant Major. He was a member of St. Barnabas Catholic Church in Indianapolis, Indiana, the Franklin American Legion Honor Guard, and the German American Klub in Indianapolis. He loved spending time with his grandchildren, travelling and playing golf.

Preceding him in death is one sister, Kathleen Hildenbrand.

A Mass of Christian Burial for Gary M. Hildenbrand will be held at 11:00 a.m. on Friday, July 1, 2022, in Precious Blood Catholic Church in Jasper, Indiana, with burial to follow in Fairview Cemetery in Jasper, Indiana. The American Legion Post #147 will conduct military grave site rights. A visitation will be held on Thursday, June 30, 2022, from 4:00-7:00 p.m. at the Becher-Kluesner North Chapel in Jasper, Indiana, and one hour before services at the church from 10:00-11:00 a.m. on Friday. Memorial contributions may be made to the wishes of the family.

Online condolences may be made at www.becherkluesner.com.