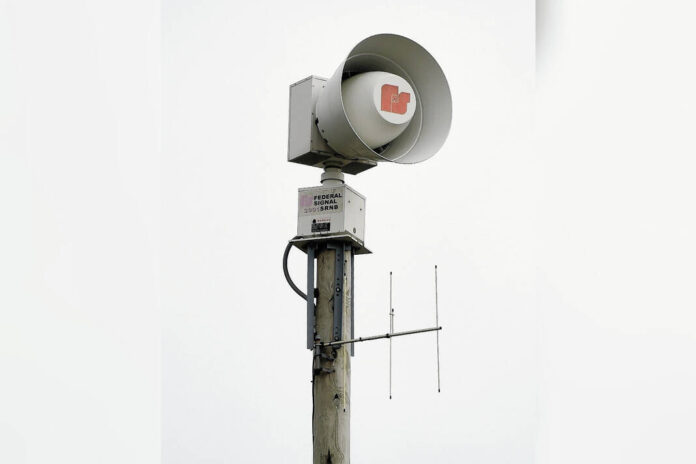 Emergency officials have updated Johnson County’s storm siren activation policy and narrowed the criteria for when a siren can be activated to avoid confusion.

Johnson County’s outdoor storm sirens will now only sound when a tornado warning has been issued by the National Weather Service (NWS), or when a trained storm spotter or public safety officer sees a funnel cloud or tornado, according to a policy update that was announced Wednesday on social media. The policy went into effect on July 1.

Previously, sirens had also sounded when a severe thunderstorm warning was issued while the county was under a tornado watch. However, this policy was outdated and citizens who lived near the county’s borders were confused by the activation and had asked for Johnson County to change its policy, said Stephanie Sichting, emergency management director.

“The changes were needed to put Johnson County’s siren policy in sync with our surrounding counties,” said Sichting, who met last week with 911 director Heath Brant and the Johnson County Fire Chief Association to discuss changing the policy.

All sirens will be activated if a tornado warning is issued, even if it is only for a specific area of the county.

The outdoor warning sirens are meant for people outdoors to seek shelter immediately and not to warn people who are indoors. Residents need to have other ways to get weather alerts, such as cell phones and local news stations. The best way to receive alerts is to purchase a National Oceanic and Atmospheric Administration weather alert radio, Sichting said.

Officials will continue their policy against activating a siren to signal that all is clear after the storm passes, Sichting said.

Routine testing of the warning sirens will also remain unchanged, and will continue to take place at at 11 a.m. on Fridays.

Existing policies on testing exceptions will remain unchanged. The test does not take place if there are thunderstorms predicted that morning or when the temperature is below 35 degrees. On weeks when the test cannot take place, the sirens are tested on the next Friday that conditions are appropriate, Sichting said.