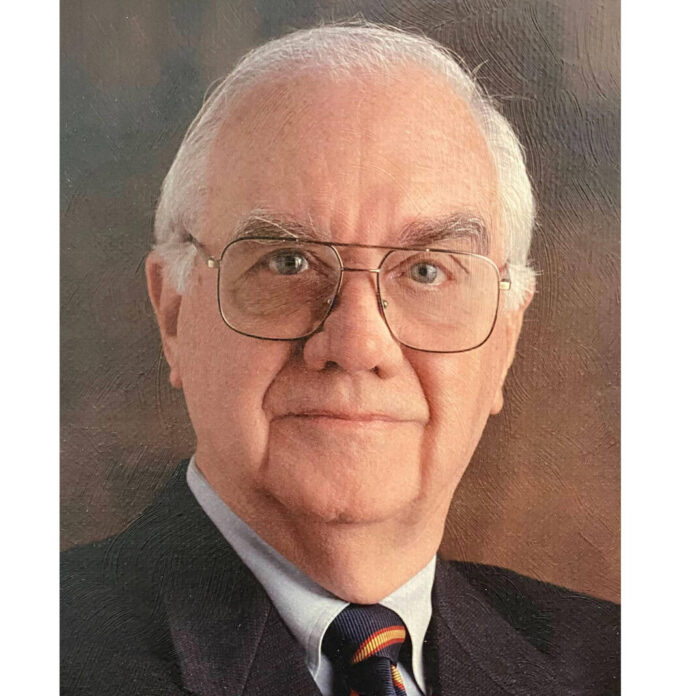 Eugene Leroy Henderson (Gene). Great men have great lives, and he was a great one. Gene was a devoted husband, father, grandfather, and great-grandfather. Gene, age 97, passed away peacefully of natural causes on July 31, 2022, in Indianapolis, Indiana. He was born in Columbus, Indiana on July 21, 1925. During World War II, Gene served in the Merchant Marines and the U.S. Army. He was a 1950 graduate of Franklin College, and a 1953 graduate of Harvard Law School.

Gene began his law career in Indianapolis with Baker &Daniels and soon after started his own legal practice, which ultimately became the prestigious Henderson Daily Withrow &DeVoe law firm. He distinguished himself as a highly respected attorney on local, state, national and international levels. He was an entrepreneur his entire life

beginning with a potato chip delivery business in grade school, to a trucking company in college, an insurance company, several real estate ventures, and an investment banking firm. He also served as General Counsel for Suro’s Surgical Systems. He volunteered on many Boards of Directors including Franklin College and Hoosier Art Salon. Many colleagues described Gene as a friend and mentor who was a lawyer’s lawyer.

Gene received too many awards and distinctions to mention them all, but some highlights include being awarded Sagamore of the Wabash awards from 3 different Governors, an Indiana Academy inductee, and July 21, 2000, named “Eugene L. Henderson Day” from mayor Joe Hogsett.

Gene will always be remembered for his kindness, intelligence and being a great listener. He was a good tennis player, former tennis captain of the Franklin College team, and could beat anyone in table tennis with his wicked back spin. He enjoyed beautiful works of art and was known as a collector of Indiana art, pottery, antiques, and rugs, to name a few.

Eugene is predeceased in death by his sons Andy and Joe Henderson, and his parents Verna and Herb Newsom.

To celebrate Eugene L. Henderson’s life and contributions there will be a private burial in Columbus, Indiana, and a public Celebration of Life event to be held in Indianapolis in the Fall, 2022. You are invited to visit