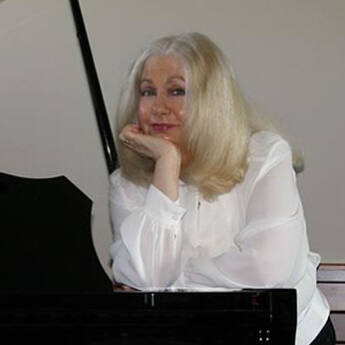 Phyllis Ann Lynch-Johnston, 81, of Greenwood, passed on August 1, 2022. She was born on March 4, 1941 in Evansville, IN to the late William Riley Lynch and Mary Ann (Phillips) Lynch.

Phyllis’s first great loves were cats and music; and these would be permanent threads throughout her life as an animal protector and virtuoso musician. She would also show a natural inclination for entrepreneurship by crocheting pillowcases and selling them at the tender age of nine. Entrepreneurship would also be a defining force in her life, which she lived as a groundbreaking trailblazer. Whether as the first and only female sales representative at Helena Rubenstein Cosmetics in 1973 or starting numerous businesses from the ground up, she was always innovative in her approach to any endeavor and strove for par excellence.

Phyllis attended Emmerich Manual High School where she excelled, approaching academic perfection, and participated in music, theater, numerous clubs, and even ROTC. From there, she studied at the Butler University School of Music, obtaining a Master of Music in Performance in Pipe Organ and Voice. Phyllis was a concert-level pipe organist and pianist and her repertoire would expand to include: guitar, violin, harp, and musical arranging. During this time, Phyllis was also a Miss Indiana finalist for the Miss America pageant.

After starting, running, and selling many successful businesses from an answering service to typesetting service to travel marketing (for each of which she taught herself the skills and nuances), Phyllis circled back to her music, becoming a church music director, choir director, and private music teacher. And, once again, using her entrepreneurial spirit began a gig consulting business, Phyllis and Friends Music, coalescing her business expertise and musical knowledge. In every endeavor, Phyllis had an impact on those whose lives she touched. She was a role model for young protégés in her businesses and an inspiration for her aspiring student musicians. She received many awards and accolades for her teaching excellence and was a member of the American Guild of Organists and the Better Business Bureau.

Phyllis will be missed by many and remembered by many more.

She was preceded in death by her parents, William Riley Lynch and Mary Ann (Phillips) Lynch.

Phyllis will be laid to rest in Forest Lawn Memory Gardens, Greenwood, IN.

Memorial contributions may be made to your local Humane Society or to The American Cancer Society.

Online condolences may be shared with the family at www.ghherrmann.com