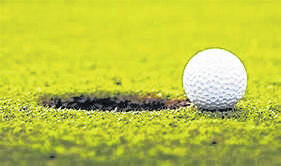 Greenwood lost to host Mooresville but defeated Perry Meridian in a three-way match at Heartland Crossing on Thursday. Emma Baker shot 43 and Gracie Gasaway 44 for the Woodmen, who posted their lowest team score of the season at 200.

Izzy Richardson carded a 49 to earn medalist honors as Edinburgh defeated Southwetern and North Decatur at North Branch. Jillian Turner contributed a 51 for the Lancers, who totaled 212 as a team to win by 30 strokes.

Hannah Emenhiser turned in the low round at 40 as Indian Creek, playing its fourth match in six days, defeated Cloverdale 207-253. Reese Tunell added a 50 for the Braves.

Morgan Brant was the medalist as Greenwood Christian posted a 221-254 victory over Morristown at Blue Bear.