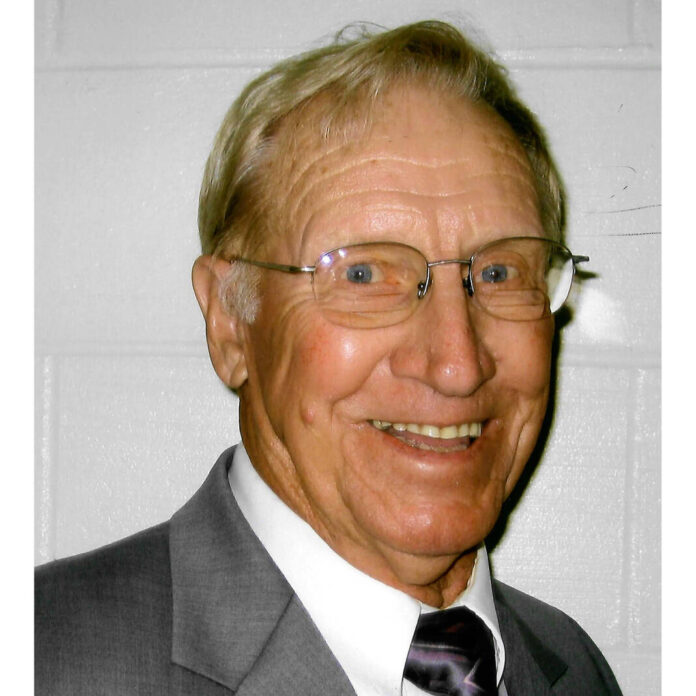 Earl was a devoted husband, father, grandfather and a great grandfather. He was a graduate of Ludlow High School in 1948. Earl and Mary were married in Kingman Christian Church in Kingman, IN on December 11, 1953.

Earl was a member of Hurricane Community Church, Jubilee Lodge 746 F&AM where he was a Past Master. He was also a Past Patron of Greenwood Eastern Star #390 and a member of the Greenwood American Legion Post 252. He loved his Country. He was a proud United States Marine Veteran serving in the Korean War. Earl loved music, all sports, fishing and hunting. He loved riding their motorcycle. Earl and Mary toured the United States on their Honda Goldwing.

Earl is survived by his wife of 69 years Mary Shaffer; two daughters Denise (Bob) Dowell and Jacque (Jeff) Drake; five grandchildren and four great grandchildren. He is preceded in death by his parents, eight siblings and one grandson Curt Howard.

A visitation will be Tuesday, August 16 from 4 to 7 with a Masonic Service beginning at 6:30 PM at Forest Lawn Funeral Home. Funeral service will be Wednesday, August 17 at 12:00 PM at the funeral home. Rev. Elaine Clark and Rev. Dan McLaughlin will officiate. Earl will be laid to rest at Forest Lawn Memory Gardens with full military honors.

Memorial contributions should be made to the Shriners Children’s Hospital

Online condolences maybe shared with the Shaffer family at https://www.forestlawncemetery-fh.com/obits