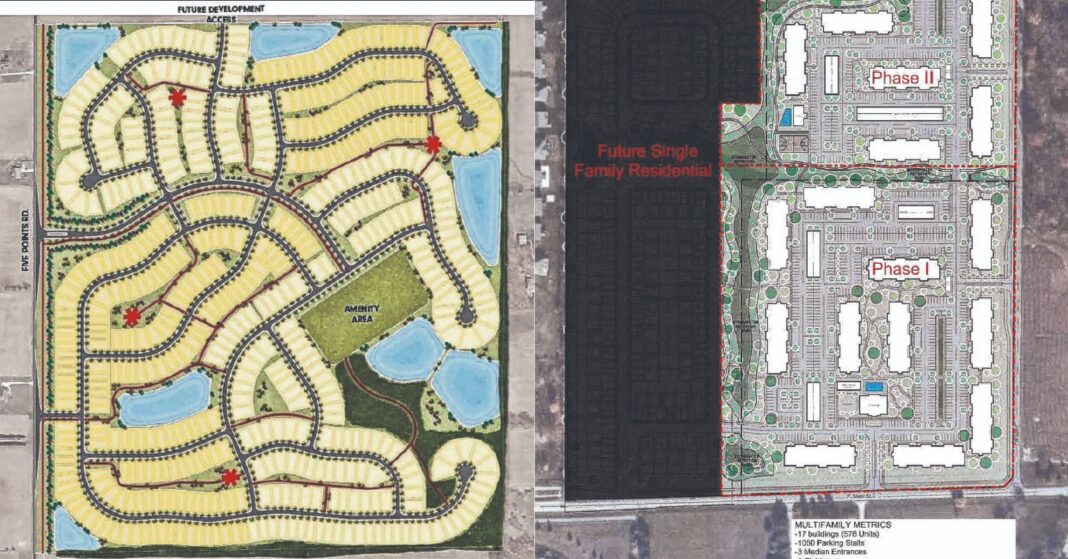 A property owners group established two decades ago is reactivating to make sure their voices are heard on pending developments east of Interstate 65 in Greenwood.

The East of I-65 Property Owners’ Association reformed this month after some of the original members learned of two residential projects, said Gary Miller, organizer and spokesperson for the association.

The original association was established in February 2002 after property owners learned of a then 550-home subdivision, Homecoming at University Park, that was going through the city’s approval processes. Residents united to work together and successfully advocated for changes to the development that lowered the number of homes in the development. They also worked on influencing or stopping other projects, Miller said.

The association eventually became dormant due to a lack of development activity beyond the warehouse/commercial area east of I-65. Even when there was development, what was developed was largely acceptable — until now, Miller said.

A newly proposed planned unit development, or PUD, with 519 homes and a 578-unit apartment complex has activated the group.

The PUD would be a 55-and-up age-restricted single-family home development from Pulte Homes, which would consist of 519 homes to be built in five phases on about 185.97 acres on the east side of Five Points Road, half a mile south of County Line Road. Of the 519 homes, 270 lots will be 46 feet wide and 249 lots will be 52 feet wide, city documents show.

The original proposal called for 556 homes, however, the number of homes has since been trimmed down, documents show.

Buckingham Companies is proposing to build 17 apartment buildings containing a total of 578 units on 50 acres of land on the northwest corner of Main Street and Five Points Road.

Both developments will come before the Greenwood Advisory Plan Commission as a rezoning proposal on Monday. For the PUD, land is currently zoned agricultural, and would need to be rezoned as PUD, city documents show.

For the apartment complex, the land is currently zoned residential medium, or RM, and the developer is asking for it to be rezoned for multi-family housing.

Members of the association are concerned about both projects, but for different reasons.

Members say the association is not anti-development and is aware that Greenwood will continue to expand. However, the expansion should be done responsibly while respecting the surrounding property values. It should also be done in a way that will enhance the city, Miller wrote in an Aug. 11 letter to property owners.

Members of the association are concerned the Pulte Homes development is not something the city would be proud of and asks the plan commission to give an unfavorable recommendation to the city council, citing the small lot sizes and the sheer number of homes being built.

The letter also alleges the city’s zoning rules would be ignored due to the filing of the development as a PUD. Developments with this type of zoning are not allowed to circumvent the city’s Unified Development Ordinance, or UDO, which sets the standards for zoning and developments across the city.

City staff had initially also expressed concerns about the proposal in a staff report prepared ahead of the public hearing, saying that the plans did not have enough detail for staff to properly evaluate several key parts of the design, including engineering and drainage, the original report said.

In the amended version of the report released on Friday afternoon, city staff recommended the plan commission give the proposal a favorable recommendation. A majority of the plan now works toward the purposes of PUD zoning, although city staff had some concerns about the proposed regulations regarding signage for the development, the updated report says.

John Peterson, a current member of the association and a member of the original group, said he was concerned about Pulte’s statement regarding the traffic impact of the age-restricted development within the original staff report. The developer said that due to the community being age-restricted, “peak traffic is not expected as with traditional subdivisions; mitigating what might otherwise be traffic issues,” documents show.

Peterson, who is 55, disagrees with this assessment and believes the developer was insinuating those 55-and-up do not go anywhere. Those who live in the subdivision could travel just as much as anyone else could, especially because there may not be amenities or services nearby. They also need just as much room as anyone else would, as they could have kids and grandkids staying with them and have multiple cars, he said.

In the updated staff report, city staff said a completed traffic impact study from A&F Engineering shows that all of the intersections that were studied would continue to operate at acceptable levels, the report says.

Peterson is also concerned about how close the lots are to each other.

“I don’t even see how they’re going to have enough room to park their cars,” Peterson said. “I didn’t know we were so short in space to have to crowd houses in there.”

Members of the association are also “strongly opposed” to the apartment complex proposal and say it should get an unfavorable recommendation from the plan commission. The placement of apartments on land that is currently zoned RM is out-of-place with the surrounding neighborhood, Miller says in the letter.

The land in question currently has single-family homes to the west and south, while cornfields border the north and east sides. According to city documents, the proposal does show the possibility of single-family homes being built on the west side of the complex in the future.

The letter then details the current layout of developments along Main Street east of I-65, saying the area goes from commercial to apartment complexes to doubles to single-family homes to large, estate-size homes as people go east. The proposed apartment complex would bypass the already established order by building apartments farther east, the letter says.

The association had advocated for the zoning layout that was adopted for the area. The thinking was that this would continue in particular for the plot of land where the apartments are being proposed. However, the proposal ignores that, Miller said.

Peterson said that one of the things that is bothering him the most about the proposal is that both the city council and the plan commission previously promised there would not be apartments east of Combs Road.

“It looked like they were pretty much complying with residents’ wishes and the comprehensive plan and promises to residents that they would develop single-family housing,” Peterson said.

The proposal does not comply with that, however, and Peterson is concerned about the implications of building an apartment complex in an area that does not have many services, such as a grocery store, close by. It’s a poor use of the land, he said.

“It needs to be rethought. It shouldn’t be for dense apartments,” Peterson said.

Members of the association are now asking for changes to both proposals and are urging interested property owners to attend the Monday meeting to give input on the proposals during two scheduled public hearings. The meeting will take place at 7 p.m. in the city council chambers at the Greenwood City Center, 300 S. Madison Avenue.

Regardless of what the proposals for the area east of I-65 may entail, Miller encourages residents to make their own decisions as to how the area should develop. There’s a lot of land east of the city, and it’s all going to be developed one day, he said.

“The standards that are set early on will affect that,” Miller said. “It’s important for people to get involved to see if that can occur.”