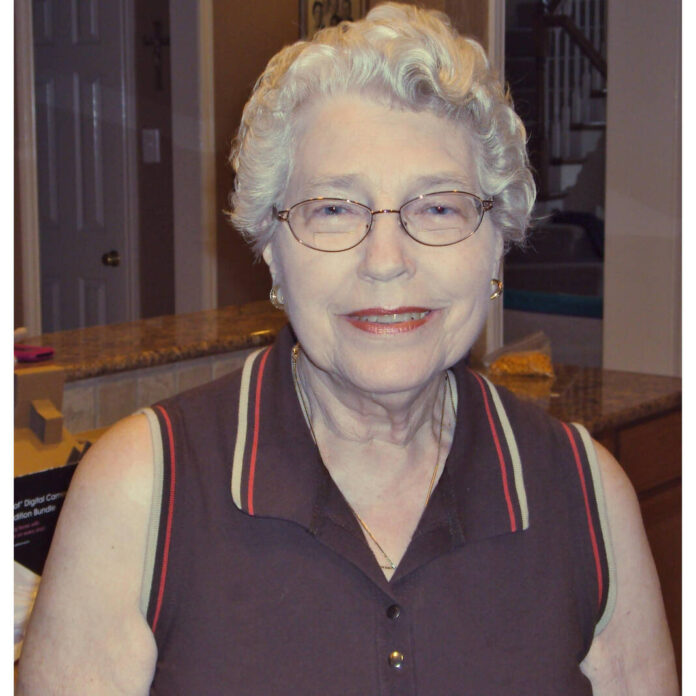 94, passed away peacefully on Wednesday September 7, 2022. She was born on December 16, 1927 in Indianapolis, Indiana to Buford and Mable Prather. She married Virgil Raymond Smith in Indianapolis, Indiana on January 18, 1947. Virgil preceded her in death in August 2009. She is also preceded in death by her parents and brother Richard Prather. Carol retired from Methodist Hospital after more than 31 years. Carol was an active member of Southport Baptist Church (One Christian Church) for over 75 years. She served in several positions including Sunday School teacher, choir, finance committee and more. She was also a member of the American Baptist Women’s (Missionary support organization). She loved the Lord and was always sharing her faith and the hope she had in Jesus. Carol attended Washington High School before graduating from Southport High School. She also attended Ball State University. She is survived by her children: Daniel (Joan) Smith of Greenwood, Phillip (Liz) Smith of Indianapolis, Timothy (Judy) Smith of Greenwood, Gregory (Carol) Smith of Indianapolis, Melanie (Kenny) Beaumont of Beech Grove, and Melinda (Dan) Busch of Lake Kiowa, Texas; as well as several 15 grandchildren, 28 great-grandchildren and 5 great-great grandchildren. A visitation will be held on Wednesday, September 14, 2022, from 11am until the time of service at 1pm at Singleton &St. Pierre Funeral &Cremation Services, 7602 Madison Avenue, Indianapolis. Burial will follow at Forest Lawn Memory Gardens. Arrangements are in the care of Singleton &St. Pierre Funeral &Cremation Services. In lieu of flowers donations may be made to One Christian Church, 2901 E Banta Rd, Indianapolis, IN 46227, or by visiting 1christianchurch.com. You are invited to read Carol’s obituary at www.stpierrefamilyfuneral.com, where you may sign the guest book and leave a personal message for the family.