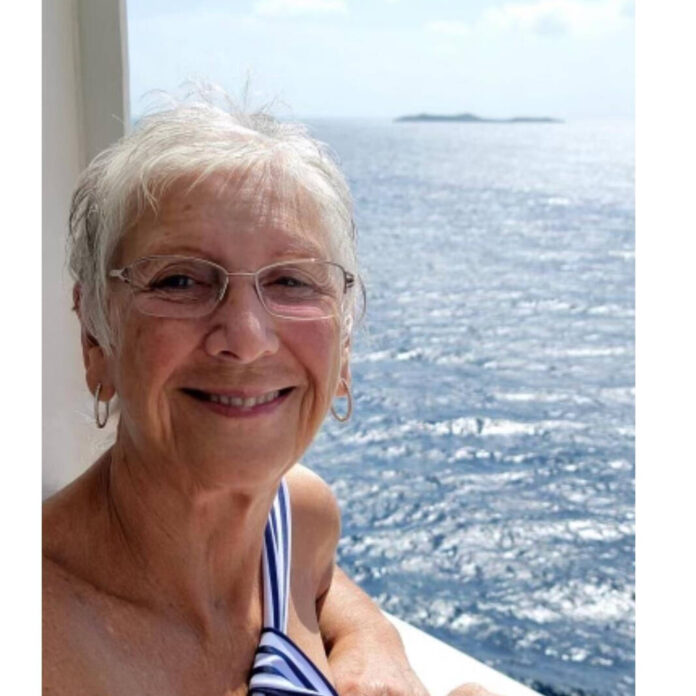 Carolyn June (Crouch) Clark, age 72 passed away all too soon on Thursday evening, September 8, 2022 after a hard fought and courageous 3-year battle with Ovarian Cancer. She was a longtime resident of Trafalgar.

Carolyn was born July 4, 1950 in Franklin, to her parents, the late Elmer R. and Dorothy J. (Anderson) Crouch. She was a 1968 graduate of Franklin High School and went on to study Computer Science at IUPUI in Indianapolis. Carolyn retired in 2013 from Anthem Blue Cross Blue Shield in Indianapolis, where she worked in management for over 37 years.

She enjoyed traveling with family and friends to various beaches and collecting R.S. Prussia China. Carolyn also enjoyed designing and building their family home. She was known for her excellent cooking and baking, especially her sourdough waffles with ‘Beat the hell out of it’ icing. Carolyn will be remembered for her great sense of humor, love for her family and her faith in God.

She was preceded in death by her parents; son in law, Larry Lambert; and an infant grandchild.

The Rev. Brian Clark will conduct a Celebration of Life Service on Monday, September 19th at 7 p.m. as Meredith-Clark Funeral Home Cremation &Personalization Center, 179 E. Mulberry Street in Morgantown. Friends may call from 4 p.m. until service time at the funeral home.

Expressions of caring and kindness can be made to the Clark family at meredith-clark.com.