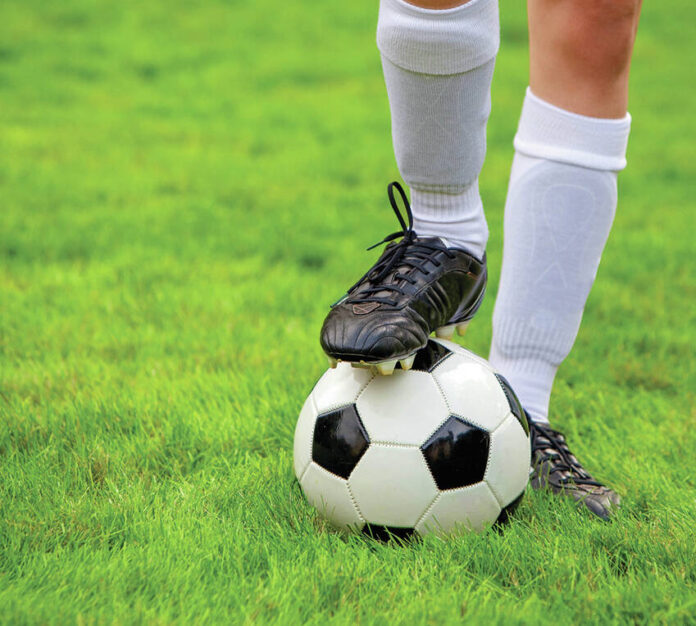 Center Grove girls soccer coach Myron Vaughn liked what he saw at the end of Wednesday’s loss to Class 3A No. 3 Carmel.

“You never want to see them be disappointed, but for us to be 9-2-1 and losses to two top-five teams and the girls be disappointed, that’s a good sign because it shows how bad they want to be great,” Vaughn said. “It shows how much they believe in themselves that they should be getting results in these games. That will bode well for us in the tournament, because you get other teams like Carmel and Castle. You learn a little bit from these and you get another chance.”

The Greyhounds’ Sophie Shepherd gave the Greyhounds (11-2-1) a 2-0 lead with 3:31 remaining in the second half. Shepherd had taken a rebound shot after Kathryn Hartung’s shot bounced off the crossbar.

“At that point, you are at the mercy of where it falls,” said Vaughn, whose team trailed 1-0 in the first half. “It fell kindly for their player, but she was composed enough to finish it off well. Credit goes to her for that. It was a touch of fortune, but at the end of the day you have to earn your chances and that’s what they did.”

Trojan junior Madi Kramer injured her leg early in the game and had to be carted to the bench.

“That was a big loss for us,” Vaughn said of Kramer. “She provides a dynamic with her athleticism that’s really difficult for teams that play against us to match. Losing her definitely made it more difficult for us as we tried to get through the game. Although I thought we did a good job in the first half; I felt for large periods of the game we were going to be the team that was going to get the first goal and be on top of the game.”

Instead, it was junior midfielder Megan Hamm who scored with 2:21 left in the first half to give the Greyhounds a 1-0 lead.

“It was a good goal,” Vaughn said. “At the end of the day, we made a mistake defensively, and good teams like Carmel are going to make you pay for it and that’s how we got caught today.”

The Greyhounds just missed a scoring opportunity early in the second half when Hamm’s shot went wide and a teammate missed the rebound.

The two teams tied last season and in 2013. The seventh-ranked Trojans will host Columbus East and Terre Haute North Saturday.