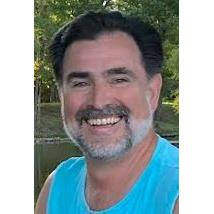 “…To know even one life has breathed easier because you have lived, this is to have succeeded…” – Ralph Waldo Emerson.

He was called home on September 17, 2022, and was told, “Well done, good and faithful servant” – Matthew 25:23. His 57 years earthside were too short for those he left behind because of the impact he had on so many hearts.

The successors of his great legacy are his wife, Jennifer Carol Inabnitt (58) who shared 28 wonderful years of marriage, son, William Thomas Inabnitt (26), daughter-in-love, Alexsa Inabnitt (26), grandkids, Corrinne Inabnitt (3), Elsie Inabnitt (1), and a third grandchild coming into this world in November, who was lovingly called “Oscar” by Pappy, and daughter, Carly Lenore Inabnitt (23). Siblings are Carla Jean Beeson (Howard Beeson) and Jill Donna Miller (Kent Miller), along with nieces and nephews all over the world, who will never forget the place he holds in their hearts.

Bill and Jen loved to travel and visit them as often as life would allow. The footsteps in which he followed through life and into heaven are his father, Carlis “Toddy” Inabnitt (March 14, 2012), brother, Andrew “Joe” Inabnitt (February 2, 2018), and mother, Barbara Ann Inabnitt (January 31, 2021).

Bill was the owner of Inabnitt Agency in Bargersville, IN, for over thirty years. He began his role around 20 years old coming to help his father as office manager, and soon after taking over the business.

He was a member of Jubilee Masonic Lodge No. 746 F. &A.M. in Whiteland, Murat Shrine, and Johnson County Shrine Club. He was also a member and President of the Green Valley Conservation Club.

Bill and Jen are members of Life Change Church in Greenwood, IN.

His celebration of life will be announced at a later date on the Inabnitt Agency Facebook page. Memorial contributions can be made to the Shriners Children’s Hospital, c/o Murat Shrine, 510 N. New Jersey Street, Indianapolis, IN 46204.

You are invited to read Bill’s Obituary and enjoy photos shared from the family at www.stpierrefamilyfuneral.com, where you can also sign the online register and leave memories. The family would love to hear how Bill impacted your heart.

We will never be able to fill the hole that he left, but it can stand as a reminder to live by faith not fear, and to love each other well, everyday. He and his memory will never cease to stay alive if we continue to live the way he did – loving people where they are at. Love Always.