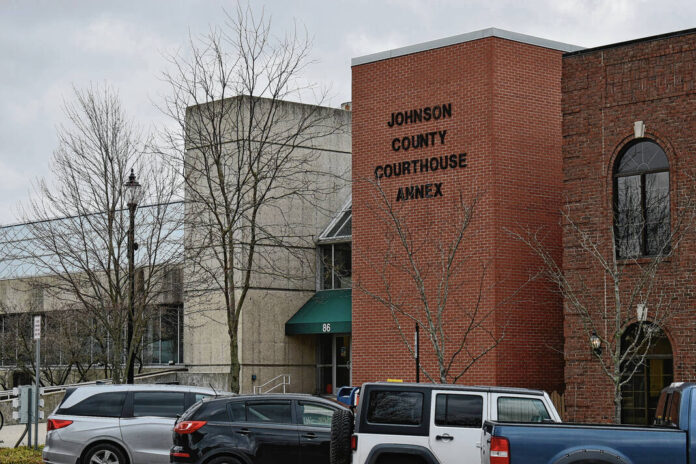 Rezone plans for what would have been the first development in the county’s Interstate 65 tax increment financing district were scrapped late last week.

Indianapolis-based Easy Investments requested to rezone 30 acres of farmland for light industrial use east of I-65 at the corner of Tracy and Five Points Roads. The land sits just east of the Whiteland town limits and it is within the established Johnson County I-65 TIF district.

Plans for the land included building a truck repair and service facility, according to county documents. That was just one use planned for the entire 30 acres, documents say.

The rezone request was set to come before the Johnson County Plan Commission on Monday for review, but the developer asked to withdraw the petition on Friday, with no explanation, said Michele Hansard, county planning and zoning director.

The request, although it never came up for a vote, had already received an unfavorable recommendation in the planning and zoning staff report published on Sept. 20. The staff report cited concerns with the lack of access to water and wastewater utilities, adequacy of drainage and the need for local road improvements.

At that location, local roads would be taking the bulk of the heavy transportation, as the only access point to the property would have been Tracy Road. The report concludes that the local roads are not in shape to withstand the traffic levels the project would bring.

Access to water and sanitation utilities was another significant developmental issue outlined in the report. Public water and wastewater utilities from Whiteland do not service land in the TIF district east of I-65, and no plans are in place to extend utilities there.

The report also says the required utilities might expand to the area within the next decade, but without the connections now or any planned in the near future, the property “is not ready for industrial development.”

“While this property is designated for eventual industrial development on the future land use map, it is currently zoned as agricultural due to the current lack of utilities serving the area,” the report says, “Rezoning this site to Light Industrial prior to infrastructure improvements would represent irresponsible development and growth.”

The unfavorable recommendation played a part of Easy Investments choosing to withdraw the rezone request, said Tom Vander Luitgaren, an attorney representing the company. He added such issues typically come up in the site approval process, and Easy Investments plans to come back with another rezone request in the future.

“My client withdrew the petition so it could further study those three items but still believes the site should be rezoned to conform with the county’s comprehensive plan,” Luitgaren said.

He declined to further explain why that was the case. The town is in negotiations with the county to take back the land in the county TIF near Whiteland, Lowhorn said. He declined to share more on what the negotiations entail. Town officials were against the county I-65 TIF creation to begin with last year because it “boxed Whiteland in,” taking up the rest of the unincorporated land east of the interstate.

For now, Whiteland cannot intentionally block development in that area, but it does not have to extend utilities out there.

“There’s really no way for us to do that currently, but obviously without having infrastructure and services to provide out there, I just don’t see that (development) happening,” Lowhorn said.