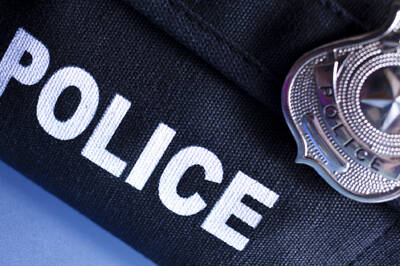 100 block of Crescent St.: A woman reported at 2:58 p.m. Monday that someone had used her name and social security number to open an account with a lending service without her permission.

150 block of N. Morton St.: A man reported at 4:21 p.m. Monday that his vehicle had been struck along the passenger side by an unknown vehicle.

N. Morton St. and Lemley St.: A man reported at 2:56 p.m. Sunday that he had been involved in a crash and the other driver was fleeing from him in a white vehicle.

100 block of Crescent St.: A woman reported at 2:35 p.m. Monday that her order had been delivered via FedEx but when she got home that evening she found it had not been delivered or had been stolen.

2125 N. Morton St., Walmart: A loss prevention employee reported at 6:07 p.m. Saturday that a woman was caught skip scanning items at the self checkout totaling over $175.

2100 block of Charles Drive: A couple reported at 2:35 p.m. Friday that their vehicle was stolen and they believe their son stole it.

1030 block of Bent Branch Lane: Reported at 7:44 a.m. Monday that vandalism had occurred.

1251 U.S. 31 N., Macy’s: Loss prevention office reported at 3:08 p.m. Monday that a woman had attempted to steal approximately $1,600 in children’s clothing from the store but left the clothing and her cell phone behind before fleeing in a vehicle driven by another female.

Jacob A. Bates, 39, Jeffersonville; arrested on an out of county warrant; held without bond.

Javontae Rashad Bibbs, 29, Indianapolis; arrested on a charge of probation violation and a warrant for failure to appear in court; held $1,260 bond.

Jacob Dean Bratcher, 26, Greenwood; arrested on warrants for failure to appear in court; held on $750 bond.

Keith Sherman Hancock, 61, Nancy, Kentucky; arrested on charges of domestic battery with moderate bodily injury, interfering in the reporting of a crime and wanted on an out of county warrant; held without bond.

Hyunhee Lee, 47, Indianapolis; arrested on a charge of criminal trespassing; held on $1,000 bond.

Logan A. Vidrich, 25, Indianapolis; arrested on a warrant for failure to appear in court; held without bond.