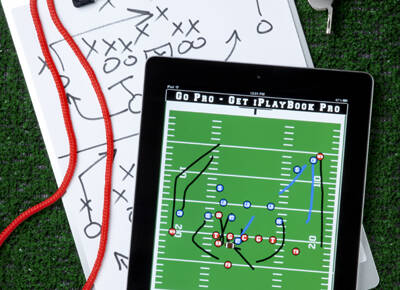 As is often the case, Roncalli got stronger as the game went on Friday night.

“That’s the nature of our game,” Roncalli coach Eric Quintana said. “We just have to focus on us getting better each week.”

Senior running back Luke Hansen turned in another dominating performance, rushing for 316 yards on 37 carries and four touchdowns to lead the Class 4A No. 2 Royals to a 28-7 victory over visiting Louisville Male.

“We have a great football team,” said Quintana, whose team improved to 7-0. “We’ve just got to focus on getting better each week. That was a great step. That was a great football team in Louisville Male. They were good in all aspects. They beat a great Trinity team that beat Center Grove and Carmel. We challenged them physically — who’s tougher on the field? We got the answer tonight.”

Quintana said the defense was solid the entire game.

“I think our defense sometimes gets overshadowed by Hansen and our offensive line,” Quintana said. “Those deserve a bunch of credit, but our defense is extremely talented. We got tested early and played well in all three phases.”

Hansen’s 1-yard touchdown run put the Royals ahead 14-7 with 3:33 left in the third quarter. Hansen did most of the heavy lifting on the drive.

Hansen then scored on a 1-yard TD run on fourth down to push the lead to 21-7 with 10:48 left in fourth quarter. Ben Brandenburg had a 25-yard run on the drive.

Brandenburg hit Bulldogs quarterback Kolter Smith’s arm and defensive lineman Luke Swartz picked it off to give the Royals the ball on their own 27.

“The ball was in the air and I just made a play,” said Swartz, whose only other interception came as a fourth-grade lineman. “Coach Q said be the one to make a play and I was in the right place. I was trying to get as many yards as I can. I might have got five yards. On the next play, we scored.”

After a scoreless first quarter, Hansen scored on 58-yard touchdown run to give the Royals a 7-0 lead with 7:22 left in the second quarter.

The Bulldogs tied it up on Smith’s 75-yard TD pass to Antonio Harris with two minutes left in the half.

Roncalli will host another out-of-state football power next week when it plays Cincinnati Elder. The Royals beat Elder 35-21 on the road last season.