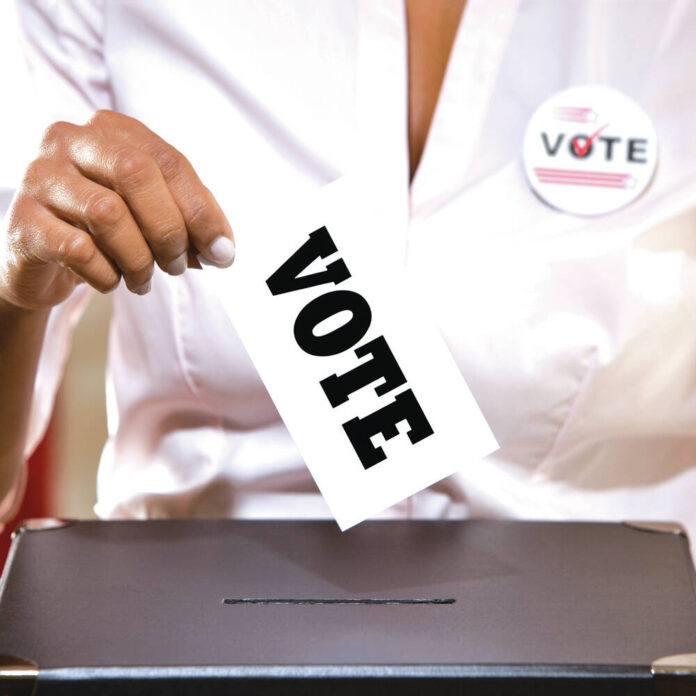 With the close of voter registration earlier this month, the statistics heading into Election Day are official. The number of Hoosiers who registered to vote for the first time or who updated their registration prior to the Oct. 11 deadline was over 360,000.

Data provided by the Indiana Office of the Secretary of State splits the numbers up by month, gender—whether the Hoosier was male, female or chose not to identify as either—and if they were registering for the first time or updating their registration. (The state website says updates are generally made when there is a change in a voter’s name or address.)

March and September each saw increases in registration and updates. This was likely due to registration deadlines—April 4 for the primaries and Oct. 11 for the general election.

The issue of abortion might have led to a sharp increase in activity on the voter registration site in May.

Forty-seven thousand more Hoosiers registered to vote or made updates to their registration in May than April. It was on May 2 that POLITICO released a leaked draft of the majority opinion overturning Roe v. Wade in Dobbs v. Jackson Women’s Health Organization.

“My sense is—broadly—is that when there is a large shock to the political system, like the Supreme Court’s decision in Dobbs specifically, and then specific state actions, like Senate Bill 1 here, it spurs people that might not otherwise be interested in politics or may not be paying attention to the ups and downs of political news. It gets them interested in the process,” said Greg Shufeldt, political science professor at the University of Indianapolis.

“And so something like this can shock people to get into the system.”

The months of June and August 2022 each had around 41,400 Hoosiers register or make updates—about 7,000 more than in the month sandwiched in between.

It was on June 24 and Aug. 5 that two major pieces of abortion news dropped, the first being the Supreme Court releasing Dobbs v. Jackson, returning the issue of abortion to the states, and the second being the Indiana General Assembly passing its abortion ban, SB1.

Did women uniquely respond by registering?

The increases seemingly line up with the various abortion-related events. What’s not as clear is how much more women were inclined to register or update their registration because of the issue of abortion than men.

The biggest month for both men and women was May, after the POLITICO leak. However, the percentage share held by women went down.

It was in June and July, when the overturning of Roe v. Wade was made official, that the percentage of new registrations and updates by women increased. And in August, the share held by women fell but was still at 52.72%, higher than 51.50% from May.

Shufeldt said he thinks the greater gender gap in June and July could be ascribed to women “respond[ing] to the actual action of the Supreme Court.”

What this means for Nov. 8

“At the margins, probably not enough to change the outcome of any election,” Shufeldt said when asked what kind of effect the overturning of Roe v. Wade and Indiana’s abortion ban will have on Election Day. It’s a sobering answer for Indiana Democrats as polling indicates potentially close races for Indiana secretary of state and a U.S. Senate seat.

However, the abortion issue may push more Democrats to the polls.

“In a midterm election, we would assume that the party of the president is going to experience some losses and that voter turnout is going to be lower and that there’s kind of a decline in enthusiasm,” Shufeldt said. But he added that could change this November.

“Non-habitual or fatigue voters might stay engaged,” Shufeldt said. “Not necessarily enough to change the outcome of a race, but [it] makes the margins a little closer than they might otherwise be.”

Jack Sells is a reporter for TheStatehouseFile.com, a news website powered by Franklin College journalism students.