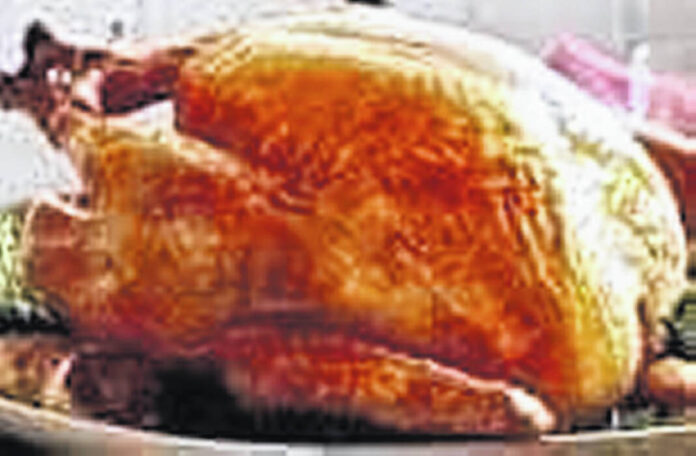 Hoosiers should expect to pay a little more this Thanksgiving holiday for their traditional dinner, though at a smaller increase of 14% than the national average of 20%.

The federation identified ongoing inflation as the main driver of the increase, but said that supply chain disruptions combined with the ongoing war in Ukraine played a role as well. The October rate of inflation sat at 7.8%, short of a summer high of 9.1%, but grocery prices continue to swell, hitting 12.4% last month.

“That kind of increase, we recognize it as a burden on some families,” said Roger Cryan, chief economist for the American Farm Bureau Federation. “Inflation is a serious issue that we’re attempting to address… it robs consumers and farmers of their buying power and it’s leading to quite a bit of chaos in the macroeconomy.”

The federation and its Indiana affiliate conduct its surveys by sending volunteer members to check local grocery stores – either in-person or online. This year will be its 37th survey.

Turkeys getting smaller but cost more

Though the price of a turkey is expected to be higher this year, up 21% from 2021, the federation acknowledges that their market survey, which occurs in October, predates November’s price cuts that happen in anticipation of the holiday. The increase in Indiana is estimated to be closer to 11%.

“One way to deal with these higher prices is to look for bargains… there’s a tendency — turkeys, for example — get cheaper as we get closer (to Thanksgiving),” Cryan said. “Since we’ve done the survey, the number of stores that are featuring turkeys in their circulars at discounted prices has risen and those discounts will probably grow.”

However, turkeys on the shelves will likely be smaller this year, following the spread of a strain of avian influenza. In a release from the Indiana Farm Bureau, Rebecca Joniskan said 50 million birds have died or been euthanized due to the virus, including 8 million turkeys nationwide.

In Indiana, the virus claimed the lives of 171,000 birds, though unlike other states Hoosier farmers produce turkeys year-round.

“This year has been difficult for Hoosier poultry farmers, both financially and emotionally,” said Joniskan, the president of the Indiana State Poultry Association. “But despite those losses, we are still a robust industry. There are still plenty of turkey products on the market.”

Cryan noted that farmers receive an estimated 8% of the retail price in grocery stores, saying it often isn’t enough to cover their increased costs with fertilizer prices tripling and fuel costs doubling.

For example, even though pumpkin harvests were comparable to previous years, the nation’s 17% increase in canned pumpkin can partially be attributed to higher labor, transportation, fuel and energy costs, according to the Associated Press.

“There is no question it’s been a difficult year for both consumers and farmers,” Chism said in a statement. “Farmers are used to being nimble and agile in a job that can be very unpredictable when it comes to variables like the weather. But this year is different. Higher input costs presented a whole new set of challenges that are costing us more across the board and trickling down to consumers.”

Prices didn’t increase across the board for Hoosiers – with both cranberries and pie shells cheaper this year compared to 2021. The biggest increase in Indiana was for cubed bread stuffing, which increased 64% for 14 ounces.

The federation credits that increase to higher packing and processing costs due to supply chain disruptions and volatility in the wheat market.

But Cryan emphasized that Americans don’t need to worry about seeing empty shelves where there should be Thanksgiving staples.

“We’re generally not seeing shortages; we almost never see shortages in U.S. markets. The exception, of course, is in the early months of the pandemic when consumer buying patterns shifted so dramatically it was difficult to keep up,” Cryan said.