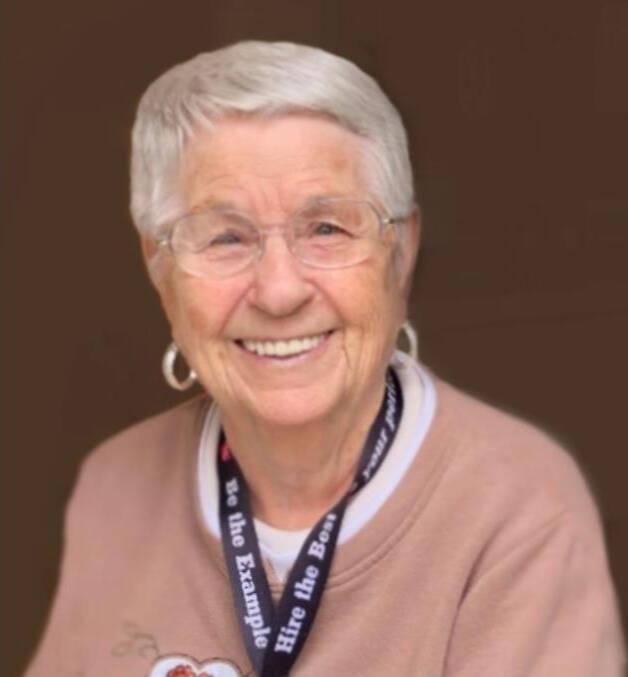 Alta ‘Sally’ (Sutton) Lancaster, age 92, passed away peacefully on Monday afternoon, November 21, 2022 at Christina Place Assisted Living Community in Franklin. She was a resident of Trafalgar.

She was born March 21, 1930, in Seymour to her parents, that late Daniel and Florence Ethel (Cockerham) Sutton. Sally attended Seymour High School and later married Walter E. Lancaster on August 30, 1946 in Seymour. He preceded her in death on January 13, 1998 after 52 loving years of marriage.

Sally was a faithful 74-year member of Trafalgar United Methodist Church and was involved in the women’s group. She enjoyed spending time in the outdoors by fishing and camping. Sally also enjoyed playing bingo, euchre and watching wheel of fortune. Most of all she cherished her family and loved spending time with her grandchildren and great grandchildren. Sally will be remembered most for her love of family and unyielding faith in God.

The Rev. Doug Bohall will conduct a Graveside Service at noon on Monday, November 28th at Forest Lawn Memory Gardens in Greenwood. Friends may call from 1-5 p.m. on Sunday, November 27th at Meredith-Clark Funeral Home, 179 E. Mulberry Street in Morgantown.

Memorial contributions may be sent in honor of Sally to Trafalgar-Mt. Auburn Church P.O. Box 37 Trafalgar, IN 46181.

Condolences may be sent to the Lancaster family at www.meredith-clark.com.