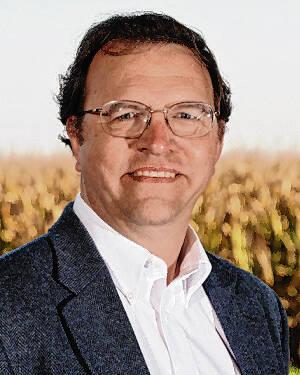 The holidays are here. Time for good cheer and happy thoughts, even if candy canes and sugar plums cost 7.8% more this year than last.

That’s the 12-month inflation rate as of October 2022. The Consumer Price Index for all items shows prices 7.8% higher than in October 2021. This year has seen the highest inflation since the early 1980s.

How did that happen? The economy was recovering rapidly from the COVID recession. Federal COVID relief payments were adding to spending. Consumer spending shifted from services to goods, and manufacturers couldn’t keep up. Labor force participation was down, so employees were scarce. Supply chains were still recovering from the shutdown of trade. Low interest rates encouraged borrowing and spending. The war in Ukraine raised oil and food prices.

People are unhappy. The index of consumer sentiment is lower now than during the worst of the pandemic. So, in the cheerful spirit of the holidays, let’s list some reasons why inflation will come down next year.

First, October was the fourth straight month that the inflation rate dropped. It peaked at 9% in June. Inflation is still too high, but it’s slowly trending in the right direction.

Second, durable goods price inflation has dropped a lot. Those are manufactured products, such as cars and appliances. Durable goods inflation peaked at 18.7% in February. It was 4.8% in October. The shift of spending from services to goods has continued, but manufacturers have done some catching up.

Third, fiscal policy has turned anti-inflationary. Fiscal policy refers to the federal budget. Federal budget deficits add to spending, which increases the demand for goods and services, and can raise prices if supplies don’t keep up. The federal deficit was 18% of GDP in the first quarter of 2021. In the third quarter this year it was 3%. That’s because there was no big COVID relief bill passed this year. It’s $3 trillion that won’t be added to demand.

Fourth, monetary policy has turned anti-inflationary. The Federal Reserve has increased their policy interest rate, from near zero % in February to nearly 4% now. Higher interest rates aren’t especially cheerful, but they will decrease borrowing, which will decrease spending, which will reduce pressure on prices. The rise in mortgage rates will reduce housing demand. There are signs that home prices are starting to fall.

Fifth, the value of the dollar has increased. In May 2021 it took 0.82 European euros to buy a dollar on exchange markets. Now it takes 1.04 euros. Put another way, anything priced in euros is now 21% cheaper in dollars than it was a year and a half ago. That should hold down the prices of imported goods.

Smaller deficits, higher interest rates and higher exchange rates could result in a recession. Businesses would cut back on hiring, and that would increase unemployment. Again, though, have a happy holiday thought. There are still 5 million more job openings than job searchers, so businesses could cut back their hiring plans and unemployment might not rise very much. Households still have a lot of extra savings left from the COVID relief payments, which might keep spending from falling too much. We might just get a “soft landing,” which is lower inflation without a recession.

Oil and gasoline prices are unpredictable, to say the least. So much depends on politics and war. But again, the trend is in the right direction. Average gasoline prices peaked at over $5 per gallon in mid-June this year. The price is around $3.75 now.

Unfortunately, lower inflation does not necessarily mean lower prices. The prices of gasoline and housing may fall, but for most goods and services lower inflation means that prices keep rising, just more slowly.