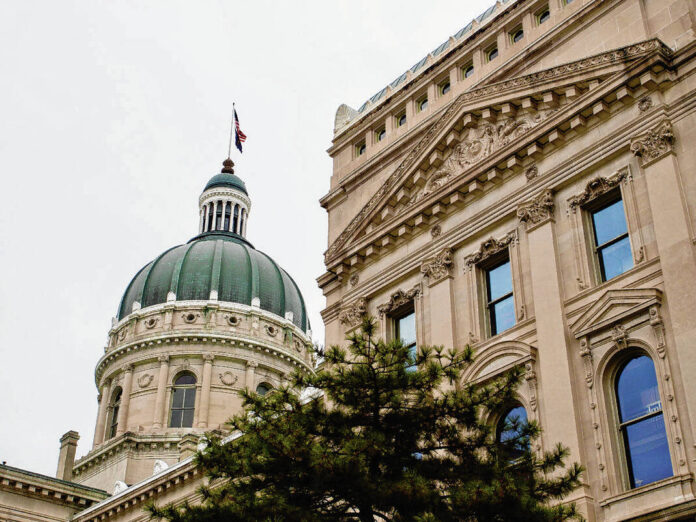 This story by Aleksandra Appleton was originally published by Chalkbeat. Sign up for their newsletters at ckbe.at/newsletters.

Bills to ban the teaching of gender identity, gender roles, and sexual orientation in schools have been filed by GOP lawmakers in the Indiana legislature.

House Bill 1608, introduced by Rep. Michelle Davis, would prohibit all Indiana schools and their third-party vendors from providing any instruction in kindergarten through third grades with the intent to “study, explore, or inform” students about six topics: gender fluidity, gender roles, gender stereotypes, gender identity, gender expression, or sexual orientation.

Another bill, filed in the Senate by Sen. Gary Byrne, would go a step further and ban the teaching of sexual orientation and gender identity in all K-12 grades. Senate Bill 413 would also require schools to disclose to parents if their student is permitted to use a bathroom not designated for their biological sex.

Such bills have been anticipated since Rep. Bob Behning, chair of the House Education Committee, said in December that Indiana might follow the lead of Florida, which last year enacted similar legislation called the Parental Rights in Education Act that’s frequently referred to as the “Don’t Say Gay” law.

Separate legislation introduced by another Republican legislator, Rep. Jake Teshka, would prohibit schools from encouraging the use of a pronoun, name, or nickname to identify a student or school employee that’s “inconsistent with the … individual’s sex.”

These and other bills indicate that Indiana lawmakers might continue or even expand on efforts from last year to control how teachers and schools address controversial cultural and social issues. Davis was the architect of last year’s state ban on transgender girls playing in girls’ youth sports; she called it a means of maintaining fair competition in female sports. A lawsuit challenging that ban was recently dismissed.

In 2022, amid a surge in Republican efforts nationwide to regulate teaching materials and classroom discussions, Indiana lawmakers debated but ultimately failed to pass a bill that aimed to restrict how teachers talk about race and racism with students.

The Indiana General Assembly is also considering several other bills focused on minors’ gender identity, including one that would require school employees to report if a student requests to change their name, pronouns, or attire. Davis has also introduced one of the bills this year that seeks to ban medical professionals from providing gender transitioning or puberty-blocking procedures to minors.

The bill from Davis that’s similar to the “Don’t Say Gay” law appears to be missing some components of the Florida statute, including the option for parents to sue a school district for violating the law. But Byrne’s bill in the Senate, which also covers parental consent for giving students certain health surveys, does create a pathway to filing a lawsuit.

“The goal of this bill is to empower Hoosier parents by reinforcing that they’re in the driver’s seat when it comes to introducing sensitive topics to their children,” Davis said in a statement.

It’s not clear whether such proposals will receive support from the broader Indiana Republican caucus. So far this year, GOP lawmakers have focused on expanding school choice and a voucher-like proposal about job training in high schools.

Teshka’s bill would ban schools from encouraging the use of names or pronouns that are inconsistent with an individual’s sex, but it does include an exceptionif a student’s parent makes the request in writing with documentation from the student’s health care provider.

The ACLU of Indiana has referred to the bills as a “slate of hate.”

“A number of these bills represent a coordinated, hate-driven campaign to push trans people out of public life,” Katie Blair, ACLU of Indiana Advocacy and Public Policy Director, said in a statement. “LGBTQ people belong everywhere, including in our state and we will not stand for these attack bills.”

The bill from Davis banning the teaching of gender identity and sexual orientation in early grades, as well as Teshka’s bill, have been referred to the House Committee on Education, which doesn’t yet have its next meeting scheduled.Both bills were posted online the week after the Jan. 12 filing deadline for House bills.

Byrne’s bill has been referred to the Senate Committee on Education and Career Development.