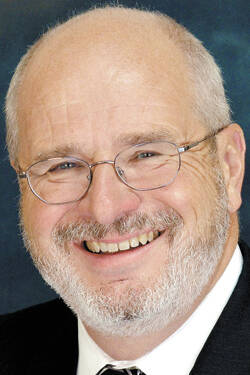 So, what we have in Washington, D.C., these days is an epic temper tantrum that, left uncorrected, could lead to economic chaos, a stock market crash, higher interest rates and millions of people losing their jobs.

This is what happens when the inmates not only run the asylum but also manage its finances.

There are at least a couple of ways to look at the debt-ceiling confrontation.

Congress created the debt ceiling more than a century ago during World War I. Congress did so to spare itself from having to approve every expenditure the federal government makes but still retain control over spending.

What the debt ceiling does is limit the amount of money the federal government can borrow. When we hit that limit, it means we are about to run out of funds to pay our existing obligations—including the payments on the debt we’ve already incurred.

Here’s where things get tricky. It’s also the part that self-proclaimed deficit hawks don’t like to talk about.

Most of that debt is to us. It’s a relatively rare American portfolio, mutual fund or retirement account that doesn’t include some government bonds.

They’re saying they don’t want to pay you what you’re owed.

But the consequences of defaulting on the national debt go beyond—far beyond—stiffing ordinary folks.

A willful refusal to pay our bills will result in higher interest rates when we do try to borrow again. The immediate implications of that likely will be a stock meltdown, which then will produce layoffs across the nation.

Following those disasters, we will have to deal with a worldwide loss of confidence in both American trustworthiness and judgment.

That is why every reputable economist and business leader has said and continues to say that even hinting that the federal government won’t pay its debts is self-destructive to the point of insanity.

Sadly, though, sanity isn’t a requirement for serving in Congress these days.

This brings us to the second way to consider this mess—through a political lens.

We’re confronted with this disaster in the making because U.S. House Speaker Kevin McCarthy, R-California, gave the keys to the castle to a particularly untethered minority in his caucus. To become speaker, McCarthy had to cede control over the House of Representatives and the chamber’s agenda to a demented minority that represents less than 10 percent of the Republican caucus.

Emboldened by their success in leveraging an extreme minority position to cow McCarthy, these fringe fanatics hope to do the same thing with the entire federal government and nation, regardless of the consequences.

Their strategy is based on a huge miscalculation.

They had something McCarthy desperately wanted. Without their votes, he wouldn’t have been able to achieve the post he’d been hungering for ever since he was an embryo.

That’s why he caved.

The only thing the House fringe fanatic Republicans have that Biden, Schumer and other Democrats is exactly what the GOP right-wingers are giving them.

Biden, Schumer and Democrats around the country would like nothing better than to have Rep. Marjorie Taylor Greene, R-Georgia, Rep. Matt Gaetz, R-Florida, and Rep. Lauren Boebert, R-Colorado, become the faces of the Republican Party nationally. Biden and crew want to see Greene, Gaetz and Boebert out front—day after day, week after week, month after month—howling at the moon and demonstrating how divorced they are from reality and the damage they’re doing.

That’s why Biden is refusing to negotiate with House Republicans regarding the debt ceiling. He knows the Greene-Gaetz-Boebert brand of lunacy may play well in carefully gerrymandered congressional districts but not in places where facts, reality and consequences matter.

Making concessions to people who don’t care how many folks they hurt just leads to demands for still further concessions.

There’s a cost to letting the inmates run the asylum.

And an even greater one to letting them manage the finances.

John Krull is director of Franklin College’s Pulliam School of Journalism and publisher of TheStatehouseFile.com, a news website powered by Franklin College journalism students. The views expressed are those of the author only and should not be attributed to Franklin College. Send comments to [email protected]