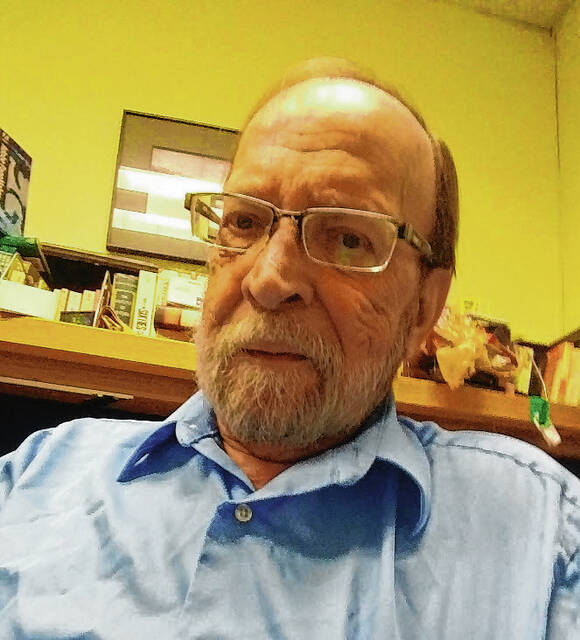 Several years ago, I wrote an editorial about the effects of some policy or other on the citizens of Fort Wayne, and a copy editor gave me a hard time about it.

She wasn’t assigned to the editorial page – we took care of our own editing and proofreading, thank you very much – but she felt entitled to offer her opinion anyway. Copy editors are like that.

“You are a citizen of a country,” she told me, “not of a lesser unit like a state, county or city. It denotes a reciprocal relationship of rights and obligations that do not attach to the non-citizen.”

I argued with her.

“You’re just being pedantic. If you look further down the list of definitions, you’ll find that “citizen” can also serve as a synonym for resident, someone who lives in an area.”

Secretly, I thought she had a point. Though the word had come to have a more general meaning, its specific, original meaning was too useful to let it be lost in the ebb and flow of linguistic evolution. But if you allow a copy editor outdo you in anal-retentive nitpickery, you’ll never live it down.

It turns out, however, that I was actually right. I was just ahead of my time.

Fort Wayne Mayor Tom Henry has proudly announced the creation of a new city identification card for people who “for some reason” can’t obtain a driver’s license or valid state ID.

The purpose of the cards is to “promote inclusion, diversity and respect for all” by allowing “all citizens” to have access to important services. The cards won’t allow people to drive or vote, but in other Hoosier cities like South Bend, Goshen, Elkhart and Plymouth, they have been recognized in places like schools, hospitals and libraries.

Clearly, the mayor does not really mean “citizens” in the original sense of “legally defined member of the country.” He doesn’t even mean “resident of the city.” What he really means, which we may infer from inclusion, diversity, respect for all and “for some reason,” is, take your pick, illegal alien or undocumented immigrant.

Whether he intends it or not, the mayor’s choice of words obscures rather than illuminates.

I don’t mean to be a hidebound word purist. I understand that our vocabulary is fluid, not static, that our language changes as we change. Sometimes we need new words, and sometimes old words are drafted for new tasks.

“Nice” comes from the Latin and once meant ignorant. “Cute” was the word for someone sharp or quick-witted. “Silly” meant pious or learned. “Brave” meant showy or gaudy. A “girl” was a young person of either sex, and “guy” meant grotesque in appearance.

But we’re losing a whole class of words, their meanings that depict absolute certainties replaced with ones describing watered-down sentimentalities.

“Hero” was someone who displayed extraordinary courage above the call of duty; now it just means someone who does the decent thing. A “tragedy” was when someone of great potential who was brought down by his or her own character flaws; now it means any inconvenient mishap. A “friend” was a trusted confidante; now it is someone we interact with on Facebook. A “lie” was a despicable fabrication of the truth; today it is a forgivable indiscretion, unless, of course, it is the “big lie,” which is whatever the other side most believes that you most disagree with.

A little bit of both, which I hope is taken more as cute than nice.

People like Mayor Henry want to live in a reality where there are no borders and they can believe all are treated inclusively and equitably as citizens of the world, and they also want to hurry that reality along. As to what reciprocal rights and obligations that might involve, well, those are other absolute words that could probably benefit from a little redefinition.