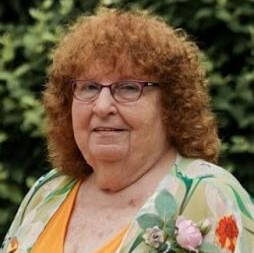 Nancy Louise Hawk, 78, of Franklin, Indiana left earth on January 10, 2022, in the blink of an eye and was in the presence of her Savior.

She was born and raised in Shelby Ohio and moved to Sebring Village in Sebring Florida in 1986, where she remained until 2020. She was married to Elvin Wayne Hawk who preceded her in death.

Nancy was a 1961 graduate of Shelby Senior High School. After graduation she enjoyed raising her children and volunteering at her church, First Church of God in Shelby Ohio. Elvin and Nancy moved to Florida in 1986. In Florida, she worked for a period with LESCO, and she served as a Children’s Director for her local church. Later she served as an Activities Director at the Palms of Sebring in Sebring Florida, from which she retired in March 2020. Upon her retirement she moved to Franklin Indiana to be closer to her family, and she enjoyed keeping in touch with her many friends and family through Facebook. Nancy loved to encourage others and brighten their day. She was well known at the Palms for wearing colorful wigs and costumes to keep the residents’ spirits up. She engaged with residents on a personal level, and she enjoyed singing, cooking, and reading with them. Someone described her as “so much fun and so unapologetically herself!” Nancy was very involved in the Florida Health Care Activity Coordinators Association, and in 2014 at their 40th conference she was awarded the Member of the Year award, an award she cherished.

Funeral services will be held Saturday January 15, 2022, at 11am at Core Community Church in Shelby Ohio with Pastor Ben Carver officiating. Visitation will be at 10am also at the church; interment will be immediately following at Oakland Cemetery in Shelby Ohio. Condolences for the family can be sent to Cathy Armour, 1201 Hillview Drive, Franklin IN 46131.

Memorial contributions can be made out to Johnson County Senior Services in Franklin Indiana and mailed to 1201 Hillview Drive, Franklin IN 46131 or made online at jcseniorservices.org/donate with Nancy Hawk memorial in the memo field.