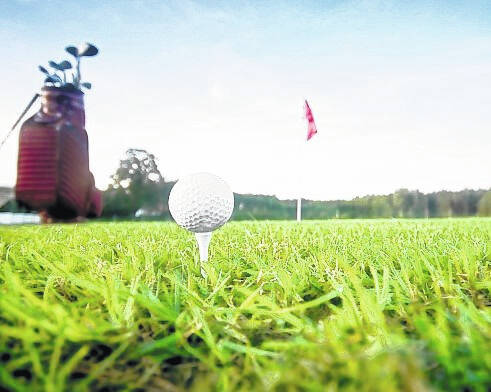 On a brutally hot day that saw scores climbing nearly as high as the temperature, Tuesday’s first round at the boys golf state finals was more about surviving than excelling.

Both of Johnson County’s individual entries did enough to end the day on the top half of the leaderboard.

Center Grove senior Drew Rowen survived a quadruple-bogey 8 on his front nine and closed strong to finish with a 78, putting himself in a tie for 30th going into today’s final round. Greenwood Christian junior Ian Reed, meanwhile, overcame a similarly rough start to land at 80, good for a share of 48th place.

With at least one score in triple digits and several others in the 90s and high 80s, such numbers offered little cause for complaint.

Rowen balanced out two bogeys with two birdies on his first four holes and was still at even par before running into trouble on the par-4 eighth to make the turn with a 4-over-par 40. He then bogeyed five of his first six holes on the back nine before ending with birdies on both the 17th and 18th holes.

Starting off his day on the 10th tee, Reed bogeyed six consecutive holes coming back in to the clubhouse to take a 42 over to the front side. He settled down from there, parring the next four holes and adding just two more bogeys to wind up with a respectable +8.

Guerin Catholic’s Connor McNeely was the lone player in red, shooting a 1-under 71; two others sit one stroke behind. Rowen is just five shots out of fourth and still well within striking distance of All-State position.