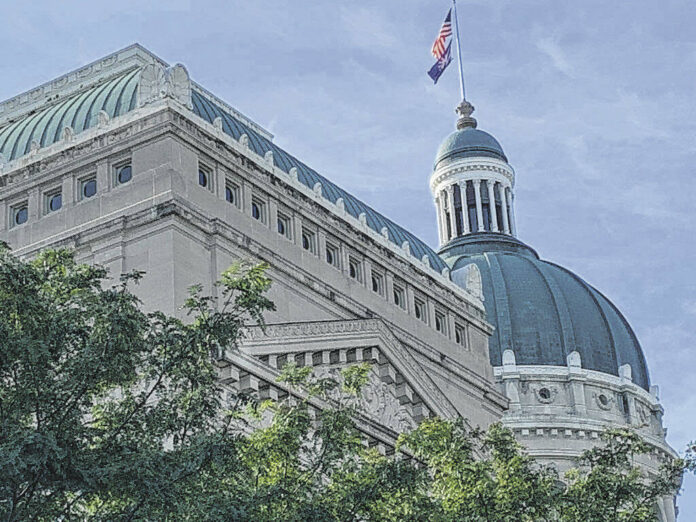 INDIANAPOLIS (AP) — All Indiana taxpayers would be eligible for $200 rebate payments from the state’s surging budget surplus under an apparent deal reached Thursday among Republican legislators.

Those payments will be less than the $225 refunds that were originally proposed by Republican Gov. Eric Holcomb but the deal represents a concession from GOP senators who were reluctant to go along with that plan.

The plan endorsed Thursday in a largely party-line vote by the House will dedicate about $1 billion from the state’s record $6.1 billion in cash reserves toward the rebate payments. It also will direct $1 billion toward a state teacher pension fund’s future obligations. Senate Republican leaders had made paying down that debt a priority.

Democrats voted against the plan, arguing that the pension debt was manageable and that the $1 billion could go toward more pressing needs such as education, improving public health and supporting child care programs.

Final House and Senate votes on approving the plan could occur Friday.

Holcomb issued a statement on the bill and the special session’s progress Thursday afternoon.

“I am extremely pleased to see the House advance Senate Bill 2 that includes returning a billion dollars back to Hoosier taxpayers in the form of an automatic taxpayer refund. After all, this is the reason I called the General Assembly back into special session and I’m grateful they have acted swiftly and collaboratively to advance this much-needed bill to third reading in the House tomorrow,” the statement reads. “No less important is the package of robust programming to strengthen the health outcomes for Hoosier women and babies. The contents of this current bill now reflect strong contributions from all corners of the General Assembly and I look forward to signing it as soon as it arrives on my desk.”