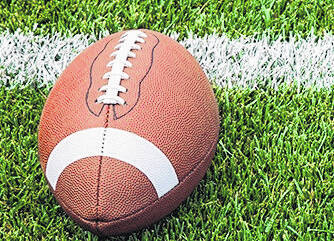 Recent history: The two county rivals have split the last four meetings, with the Grizzly Cubs taking a 42-14 victory at home last fall.

What to look for: The Woodmen will be looking to salvage some sort of positive result and end a six-game losing streak in what might be coach Mike Campbell’s final home game; Franklin, meanwhile, will be trying to avoid the trap of looking past what should be a comfortable win. Greenwood has had some success in the passing game this season with Riddle, Pringle and Carter Campbell; what the team needs to avoid is having to lean on that aerial attack because it’s behind. The more the Woodmen can hold onto the ball, the closer this game likely is. If they end up throwing the ball more than 10 or 15 times, it’s probably not a good sign for them.

Recent history: The Trojans own a 17-game series win streak since the Wildcats’ last victory in 2005, but the most recent meeting — a 29-19 Center Grove regional triumph last year — is among the closest of those 17.

What to look for: The Wildcats have more or less beaten the teams they should beat and lost to the teams they should have lost to (depending on how you view their Week 2 loss at Whiteland). Last week’s convincing 35-14 victory at Warren Central, though, sends a signal that perhaps Lawrence North is peaking at the right time. This team has generally played the Trojans tough of late, taking a 12-0 halftime lead in the 2020 meeting and turning last year’s regional into a serious grind. Center Grove is also playing its best ball of late, but this isn’t a game to be taken lightly.

Recent history: The Warriors have won four straight, including last year’s 31-6 victory, and 10 of the last 11 meetings.

What to look for: The Warriors held a potent Mooresville offense more or less in check last week, happily exchanging field goals for touchdowns en route to a 48-30 triumph. The Quakers also have some big-play capabilities, but they struggled to finish drives in a 35-12 loss at Franklin. Whiteland hopes to have similar success keeping Plainfield out of the end zone; if it can do so on at least a handful of drives, it shouldn’t have much trouble putting this one away and staying atop the conference race (or perhaps even claiming the outright lead if Mooresville can defeat Martinsville).

Recent history: The Golden Arrows have taken three of four games in this series since Indian Creek joined the WIC, including a 45-0 rout last year. The Braves were a 35-28 winner at home in 2020.

What to look for: A battle between two closely matched teams with solid quarterbacks. Rowdy Adams is a dual threat, while Lothe is more likely to pick teams apart with short passes out of the spread. The two sides have similar conference results so far, mauling Edgewood and dropping close games against Owen Valley. Figure on a high-scoring game that could turn on a key defensive stop or takeaway; Lothe will need to be aware of Pirtle, who has intercepted five passes this season — including three against Greencastle.

Recent history: This will be the first-ever meeting between the two teams.

What to look for: Another tough road test for the young Cougars, who took it on the chin in a loss at Clarksville last week. The Blue Devils have some talented athletes at the skill positions, and they’ve faced a far tougher schedule than GCA has, having lost to the likes of Park Tudor and Cardinal Ritter. Undermanned and less experienced, Greenwood Christian should be considered an underdog here, but however it fares in its final varsity-on-varsity contest of the fall, this game will serve as a great measuring stick for how incredibly far this team has come in the four months since its rapid formation.

Recent history: The Royals’ 35-21 triumph in Cincinnati was the first meeting between the two traditional Midwestern Catholic powers since 2002.

What to look for: For the second straight week, Roncalli faces a stern challenge; the Panthers took it on the chin last week in a 42-14 loss against unbeaten Cincinnati Moeller, but they’ve otherwise navigated a brutal schedule quite well. Both teams are big and physical and like to establish themselves on the ground first. Hansen leads the state and ranks among the national leaders in rushing yardage (1,896); can he keep up this workload down the stretch after averaging 34 carries a week thus far?