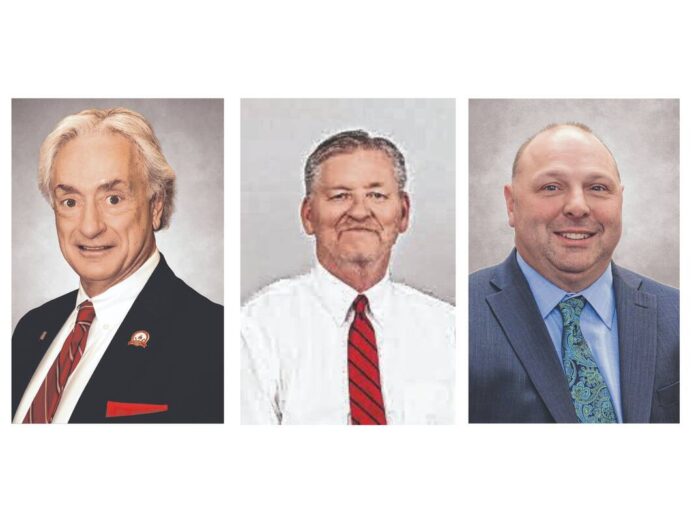 Eight Center Grove school board candidates sparred on a variety of issues, including social emotional learning, transparency and critical race theory, but only three could win.

Challenger Gary Robinson and incumbents Jack Russell and Scott Alexander, received 22.2%, 18.8% and 17.3% of the vote, respectively.

During the lead up to the election, school board president Joe Hubbard decided to resign from the board in order to pursue a run for Greenwood mayor. That left incumbents Alexander and Russell to face off against six challengers: Robinson, Derek Payne, Bill Collins, Bruce Guiliani, Nick Smither, Doug Bohall, for the three spots.

Russell, an incumbent serving on the board since 2010, touted his community involvement and experience as strengths throughout his campaign, highlighting his 40 years of experience in education. Earlier in the campaign season, Russell stated his goals were to continue the work he’s already done on the board in improving student safety and preparing for ongoing student population growth.

Alexander, also a 12-year member of the school board, said the challenges of the COVID-19 pandemic convinced him to run for reelection. Emerging from the pandemic, Alexander discussed his goal of making sure the school district continued to focus on funding issues, academic achievement and preparing for continued student growth in the school district.

During the campaign, Robinson, a retired teacher who served in Center Grove classrooms for 43 years, discussed the need to accommodate a growing and more diverse student population through increased instructional support for English Language Learner programs. He also said he would prioritize transparency between the school board and community members, and promoted a desire to help students find more opportunities in vocational training.

The school board is responsible for setting the school district’s annual budget, approving teacher contracts, hiring and reviewing the superintendent, setting policies and procedures, and making decisions regarding construction projects and any school redistricting that may be necessary.

The three candidates will begin their terms in January and will serve through the end of 2026.