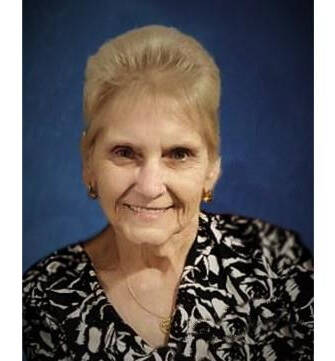 Pamela ‘Pam’ D. (Sizemore) Vandeventer, age 71 passed away peacefully on Tuesday morning, December 6, 2022 at Johnson Memorial Hospital in Franklin. She was a resident of Trafalgar.

Pam was born January 18, 1951, in Dayton, Kentucky, to her parents the late Jack and Leora (Harrington) Sizemore. She was a 1969 graduate of Lakota High School in Westchester, Ohio.

Pam retired in 2015 from the customer service department for Cintas after 15 years of service.

She attended Locust Grove Pentecostal Church. Pam enjoyed sewing, quilting and tending to her flowers. She also enjoyed cooking, baking sweets and taking care of her poodle, Dakota. Most of all, she enjoyed spending time with her family, especially her grandchildren.

Pam was preceded in death by her parents, first husband of 10 years, Roy Davidson, second husband of 27 years, Mack A. Messer, Sr. and her third husband of 7 years, Lowell D. Vandeventer Sr., who passed away earlier this year; sister, Verlie Sibert; granddaughter, Stephanie LeVan and her sweet yorkie, Sunshine.

Pastor Walter Fletcher will conduct a funeral service at 12 p.m. on Saturday, December 10th at Meredith-Clark Funeral Home Cremation &Personalization Center, 179 E. Mulberry Street in Morgantown. Friends may call from 10 a.m. until service time at the funeral home. Burial will be at East Hill Cemetery in Morgantown.

Condolences may be sent to the Vandeventer family at www.meredith-clark.com.