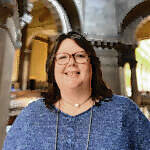 I was sitting at home watching a basketball game over the holiday break when my head perked up: I heard Roger Penske’s voice on the television. What was first idle curiosity grew when I realized he was narrating a minute-long ad for the IEDC on national television.

Called “The Winners,” the glitzy ad is full of data, rankings and photos of Gov. Eric Holcomb cutting ribbons and traveling the world to sell Indiana.

The Indiana Economic Development Corporation (IEDC) has spent $375,000 to create the ad and buy the test spots that ran in U.S. markets for business attraction and expansion, where we know there is economic development opportunity for Indiana.

“Results will drive strategy to refine the ad and air further in 2023, but that’s not yet finalized. The test placements done in December generated more than 26.5 million impressions,” IEDC Spokeswoman Erin Sweitzer said.

The ad is a drop in the bucket, though, for what the IEDC wants this legislative session: nearly $1 billion in new or continued funding for economic development.

Two of the largest asks are one-time — at least for now. One is $500 million for a second iteration of the Regional Economic Acceleration and Development Initiative (READI). The first $500 million was federal money with some strings, and there are some projects left that the administration wants to achieve.

READI is a collaboration of cities, towns, counties, private sector businesses and the state to identify projects that are critical for an area to retain talent today and attract the workforce of tomorrow. Think quality of place, life and opportunity.

On one hand, it seems like this is a win for all sides.

With matching requirements, the money creates investment far more than the base funding and improves communities through housing opportunities, recreation, economic development and education programs.

But it also is the third time (after the original Regional Cities program started by former Gov. Mike Pence in 2015) that state government is having to incentivize this collaboration rather than the private sector taking the risk. Small government Republicans don’t seem to mind, though.

If approved, that will be $1.126 billion in taxpayer dollars going to these projects in the last eight years.

The IEDC is also asking for a one-time $150 million to create a revolving fund for site acquisition. In simple terms, the state will buy up property for tech parks or other projects and then sell the sites to private developers or companies.

It is what is happening right now in Boone County as the IEDC is acquiring about 11,000 acres for a massive innovation park helmed by Eli Lilly. But the cost of the acreage is secret — for competitive reasons — even though it is taxpayer money.

Eventually, proceeds from any land sold will go back into the revolving fund for future projects.

Then there is the last request: to continue on an ongoing basis a $300 million Deal Closing Fund. The IEDC has long given tax credits to companies looking to locate or expand but this line item is just straight-up cash for meeting certain performance goals.

IEDC officials said those expenditures, otherwise known as cash performance grants, were critical to securing $6 billion in investments in 2022.

My hope is that as Indiana puts more and more money into luring jobs here, Hoosiers aren’t left out of the loop. It has often been hard to fully understand what grants, credits and other advantages are going to companies because the IEDC is a quasi-public agency. That means they are given latitude from public records rules to protect deals and overall competitive posture.

READI and all of the IEDC’s hard work might be an excellent use of resources, but I would feel better if Republicans were asking more questions and not acting as a simple rubber stamp.

During committees it is regularly only Democrats digging for answers or understanding. One area that could be improved is a more accessible and vigilant look at whether these annual job commitments actually come to fruition.