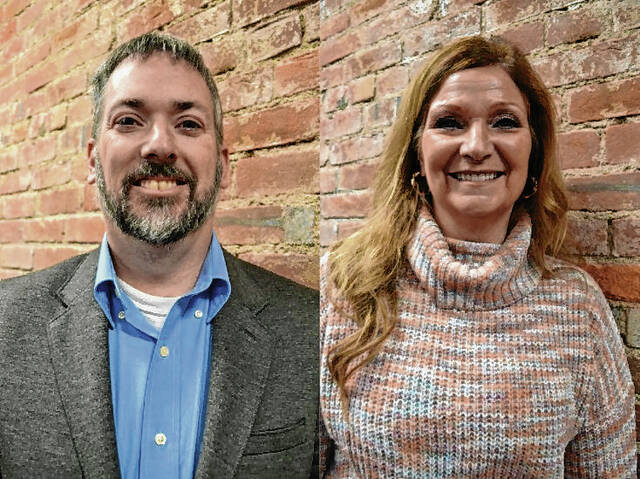 Precinct committee members from District 1 selected Josh Prine, a local information technology professional, to replace former member Danny Blankenship who stepped down due to an illness.

For District 5, local Republicans selected Irene Nally, a local medical professional, to replace former member Chris Rynerson who stepped down due to a move from the city.

Both new members will serve the remainder of the former member’s terms, which end on Dec. 31, 2023. Beth Boyce, Johnson County GOP chair, thanked both members for their service to the city and county party, and welcomed the new members.

Prine and Nally were the only candidates for each seat, so it took just one round of votes to secure their spots on the council.

As city council members, they will be part of a seven-member elected board that approves Franklin’s city budget, has the power to annex land, award tax abatements and make other policies that impact residents and city employees.

Prine grew up in Whiteland and has lived in Franklin for six years. He has 20 years of IT experience, and serves as the Franklin Elks Lodge president. He has served on the city’s Telecommunications Council for a year and a half, and the Redevelopment Authority for two years.

He prepared for office by attending as many meetings as possible in the past few years to familiarize himself with local government operations, he said.

“I want to take experience and what I’ve learned serving the city and just take each issue at a time,” Prine said. “I will look at the facts of what is there and take that information and take the best route for the city.”

Prine’s district is the area between the railroad tracks and U.S. 31, downtown and the area surrounding Franklin College.

Nally was born and raised in Franklin and has raised her four children here. She is a certified medical assistant who works at Riley Hospital for Children, and has worked at Lowe’s Home Improvement store for the past 16 years. She has also served on the Franklin Plan Commission for two years.

She loves the people and the small-town feel of Franklin, and will make decisions to keep that while allowing for growth in the fifth district, she said.

“I want to approach this with fairness and honesty, just looking out for the community and the people who live here, who have always lived here, who make our community,” Nally said. “I will look for the facts and continue from there as we continue to grow.”

Nally represents the north side of Franklin on both sides of U.S. 31 with southern boundaries at Canary Creek and Westview Drive.