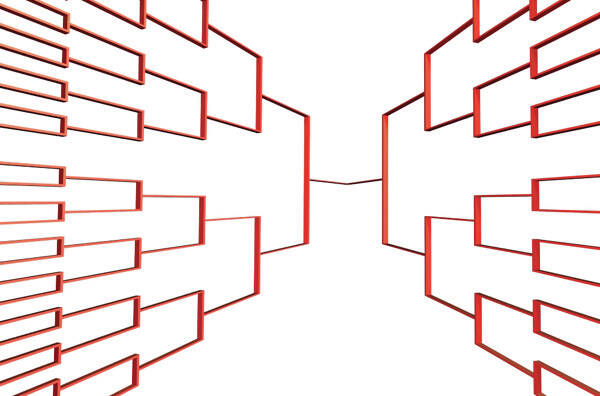 Friday the 13th proved to be a lucky and great day for the Center Grove softball team.

In the opening round of the annual Johnson County tournament, the Trojans were aggressive at the plate, pounding out 14 hits in getting a 21-1 five-inning win against visiting Edinburgh.

The tournament host Trojans now will face Greenwood in the semifinal round at 10 a.m. today, with the winner advancing to the championship game.

In the top of the first, Edinburgh’s Gracie Crawhorn blasted an 0-1 offering from starting pitcher Brooklyn Groppel to straight center field to give the Lancers a 1-0 lead.

It was Crawhorn’s 15th of the season and about the only blemish in an otherwise excellent team performance by the Trojans.

Center Grove (15-7) then calmly jumped on Crawhorn, scoring nine runs in the bottom of the first.

After that, Trojans coach Alyssa Coleman rotated her players, giving them ample chances on the field and at the plate. Nineteen players saw action.

“We brought it,” Coleman said. “We didn’t just assume anything. They controlled the game and had fun. We have a ton of talent, and sometimes we just get lost along the way. They have to show up every day.”

Center Grove showed up in a big way with their bats, as eight of their 14 hits went for extra bases. Junior Payton Shimansky hit a home run of her own, but unlike Crawhorn’s clout, Shimansky used her legs, easily scoring a three-run inside-the-park job that really ended any thoughts of an upset.

Sydney Herrmann and Jazi Cangany followed up with consecutive run-scoring doubles that put an exclamation point on the game as Center Grove batted around the order in the opening inning.

In the third inning, Coleman began changing players, ensuring that her entire bench saw at least an inning of action.

“(Edinburgh) showed up and didn’t quit,” Coleman said. “I’m also proud of my team. Our girls are figuring out how to fight.”

Herrmann was the biggest hitter of the game with four hits, including a pair doubles, and two RBIs. Hannah Haberstroh and Lex Warner each had two hits and two runs batted in, and junior Emma Wheatly chipped in with a double and two RBIs.

Despite the lopsided score, Edinburgh (9-10) acquitted themselves well early in the game with four hits.

“We had a good core in there,” Edinburgh coach Ben Taylor said. “The girls have really been coming; we got some good reps against a good team. Our goal is still (to win) sectional, and we’ve been using every game towards that goal.”

The Lancers will get back into Mid-Hoosier Conference action on Monday when they host Waldron.