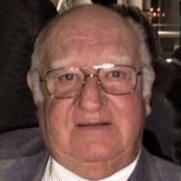 He was preceded in death by his parents, son, Ronald Harrison, and brother, Danford L. Harrison.

Gary was a 1960 graduate of Edinburgh High School. He worked for IBM for over 20 years. He then finished his career at Eastman Kodak. He retired in 1994.

Gary enjoyed playing the guitar, woodworking, gardening, fishing, and spending time with his family. He was a loving and wonderful husband, father, grandfather, and friend to many others.

A memorial service will be conducted by John Dunlap at 5:30 PM on Thursday, September 8, 2022 at Eskew-Eaton Funeral Home in Edinburgh, Indiana. Calling will be from 3:00 PM until time of service.

Memorial contributions may be made to Our Hospice of South Central Indiana in Columbus, Indiana and American Cancer Society.