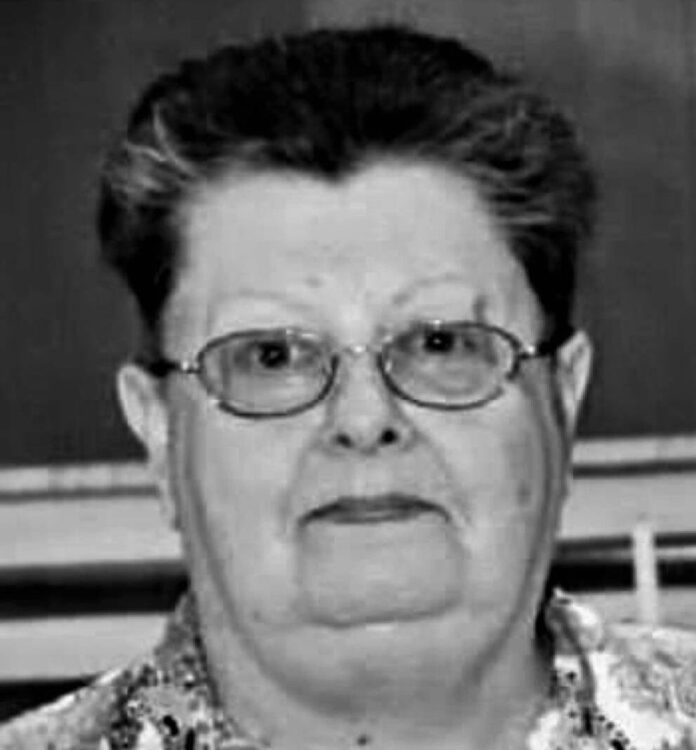 Marie (Jennings) Henderson, 84 of Edinburgh, Indiana passed away September 28, 2022 at Homeview Health and Rehabilitation Center of Franklin, Indiana. She was born March 24, 1938 in Jackson, Tennessee. She was the daughter of Carl and Ethel (Wallace) Jennings. She married Phillip David Henderson on June 28, 1958. He preceded her in death on May 26, 1988.

She was preceded in death by her parents, husband, and sisters, Eleanor Coats, Julia Barrett, and Carlene Schafer.

Marie was a 1956 graduate of Edinburgh High School and was a member of the Edinburgh Presbyterian Church.

She enjoyed watching her children, grand and great-grandchildren’s sporting events, and woodworking. She was an awesome Lancer backer.

A funeral service will be conducted by James Ray at 2:00 PM on Monday, October 3, 2022 at Eskew-Eaton Funeral Home in Edinburgh, Indiana. Calling will be from 11:00 AM until time of service at the funeral home. Burial will at Rest Haven Cemetery in Edinburgh.